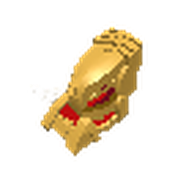 I decided to build an octopus, because I thought I would be easy realizable to build an octopus and because octopusses look awesome ( at least in my opinion). I added the submarine to give the model an extra that fit in the theme.

I think it'd be a Great lego set, because I've never seen an original lego set like something like that before , because it would be easy to pose it, and playing with it wouldn't be difficult. I think it would look great on a ship.