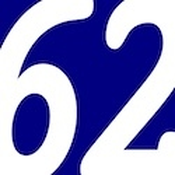 What is a Lustron House?

Lustron houses were manufactured homes constructed almost entirely of steel. The wall frame sections were assembled at the factory with doors and windows pre-hung. All the parts needed to complete the house were delivered by truck from the factory in Ohio - along with a 500-page instruction book! On site, the wall sections were screwed to a concrete foundation and to one another to form the frame of the house. The interior, exterior and roof were then covered with porcelain-enameled steel panels in the color of the owner's choice. The houses included a radiant heating system, built-in bookcases and cabinets, and even an automatic combination clothes and dish washer.

When it appeared in 1947 the Lustron house was hailed as the future of modern living and part of the solution to the post-war housing crisis. Only a few thousand Lustron homes were sold, however, mainly in the American Midwest, and the factory closed in the early 1950s.

Lustron houses can still be found today, often with their original porcelain-enameled steel panels just as bright as the day they were installed. Lustron houses have been celebrated by the author Tom Wolfe, and in 2008 a Lustron house was restored and assembled as part of an exhibit at the Museum of Modern Art in New York City.

A house in the LEGO tradition

The Lustron houses were designed by Carl Strandlund, a Swedish-born inventor who envisioned a system of inexpensive building that would let homeowners choose their houses to fit their own needs. His vision did not translate into commercial success, but LEGO fans will recognize the spare Scandinavian design influence (the houses shipped packed flat!) and will appreciate the concept of a flexible system of building. It is a happy coincidence that the first Lustron homes were being assembled in the late 1940s, at about the same time the first LEGO bricks were arriving in shops. What could be more LEGO-like than building your own house out of interlocking pieces?

This proposed LEGO Ideas set recreates a Lustron house based on the 2-bedroom Westchester model. In designing the set, I aimed not only to capture the look of the Lustron, but also to imitate the pre-fab building process.

As with the original Lustron, the panels are constructed individually, then assembled into the completed house. 2x2 tiles take the place of the enameled steel panels to give the finished model the unique look of the Lustron exterior. The medium blue and cool yellow color scheme shown in the model is based on a combination from an original Lustron house. The interior includes built-in bookcases and a kitchen counter with sink. The model contains just over 800 pieces.

In addition to recreating the pre-fab building experience, the model has been designed to encourage customization and repeated play. The roof is removable, allowing builders to furnish the interior according to their own design. Although the model has been scaled down in proportion slightly to fit a standard baseplate, it is large enough to accommodate minifigs. There is ample room on the baseplate for additional landscaping.