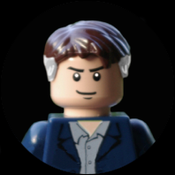 Hi everyone. We're inside 100 days left, and posting the instructions for this MOC is long over due.

Putting this instruction book together took way more time than I had planned. And, it's still far from the quality we get from official LEGO instruction books (apologizing if the instructions are hard to follow). I now have higher appreciation for what LEGO does each time I dive into building a new construction set.

Below is a link to my blog where your can download the .pdf file.

Thank you so much for supporting my LEGO Ideas project. LEGO may one day produce a Moldy Crow set (fingers crossed the ship appears in Star Wars: Rebels). If they do, it will be exciting to see if they incorporate some of the building techniques used in this MOC.

The Moldy Crow will be on display at LEGOLAND California!

June 4th and 5th are Star Wars Days at LEGOLAND in Carlsbad CA. What better place for people to discover my LEGO Ideas project than at LEGOLAND. So if you’re already planning to go, or were on the fence but would like to see The (LEGO) Moldy Crow, please stop by this weekend and check it out in person.

I hope to see you there, and thanks again for your support.

A huge thank you for everyone who has voted to support this LEGO Ideas project!

The encouraging comments everyone has shared offered great suggestions to better my project. This update aims to cover some of the ideas you have posted.

First, the custom minifigures:  The designs for Kyle’s and Jan’s torsos were created using Adobe Illustrator. As soon as I felt I had developed strong enough LEGOized versions, I used Photoshop to digitally map the designs into the photos of the minifigs. Below are before and after comparisons. 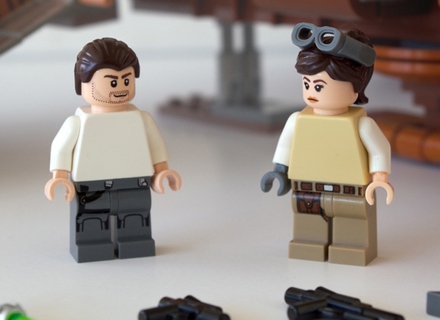 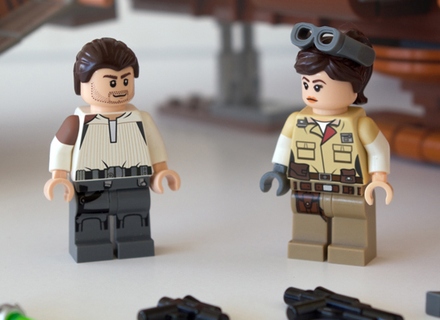 For anyone interested in applying these designs to their own Kyle and Jan minifigs, .png files are posted to my Flickr Page.

Second, the model color:  The Dark Orange bricks add to the uniqueness of this model when placed amongst my other Star Wars themed sets. But I have received so many comments about how the Dark Tan would look better that I set out to build a second version using Dark Tan as the primary color. Not all of the bricks I used in the original are available in Dark Tan. So I’ve been making some design changes to accommodate. I'll post an update with comparison images later.

Third, the front of the ship:  Speaking of design changes, the biggest feedback I’ve received is my build solution for the cockpit and nose cone.  I was happy with the leveled out top portion of the nose in my first version. It allowed more room to build a minifig scale cockpit interior. It also allow me to use taller Dark Trans Clear bricks for the windows. And, it fit with the style of Star Wars models LEGO was producing at the time.

However, the original design seen in the video games has a more distinct profile because the nose of the ship slopes downward. This has been tricky for me to replicate. I tried several SNOT solutions, but each version either made the nose too short or too long. I tried a version that used hinges, but it caused the roof of the cockpit to not align with the rest of the ship.

The trick is that the solution should maintain the sleek design carried through from the rest of the model. Until I (or a collaborator) can figure out a design that meets that self imposed criteria, I’m okay with the nose, as it is. I’m confident a solution can be created. I just haven’y found it yet. 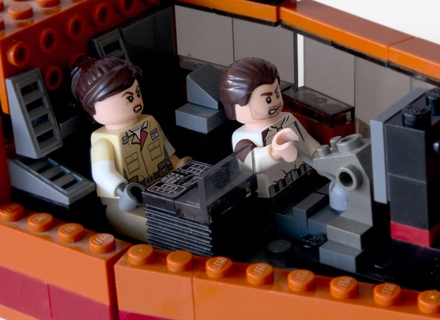 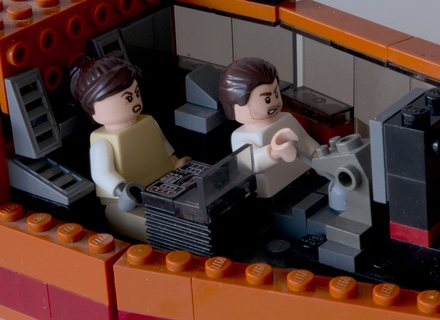