Small all terrain vehicle with tracks 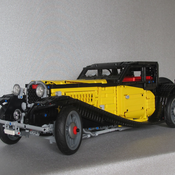 By MartHart
8 comments
This is a remote controlled small vehicle with tracks. Special for this model is the way the tracks are driven. On the remote you can use one lever to control speed and direction forwards or backwards and the other one for steering.
How this works will be explained in the next section.
The size of this model is 21 x 16 x 16 cm and uses the small battery box, one receiver and two new L motors.
It is build as compact as possible around the motors, gearing and battery box. 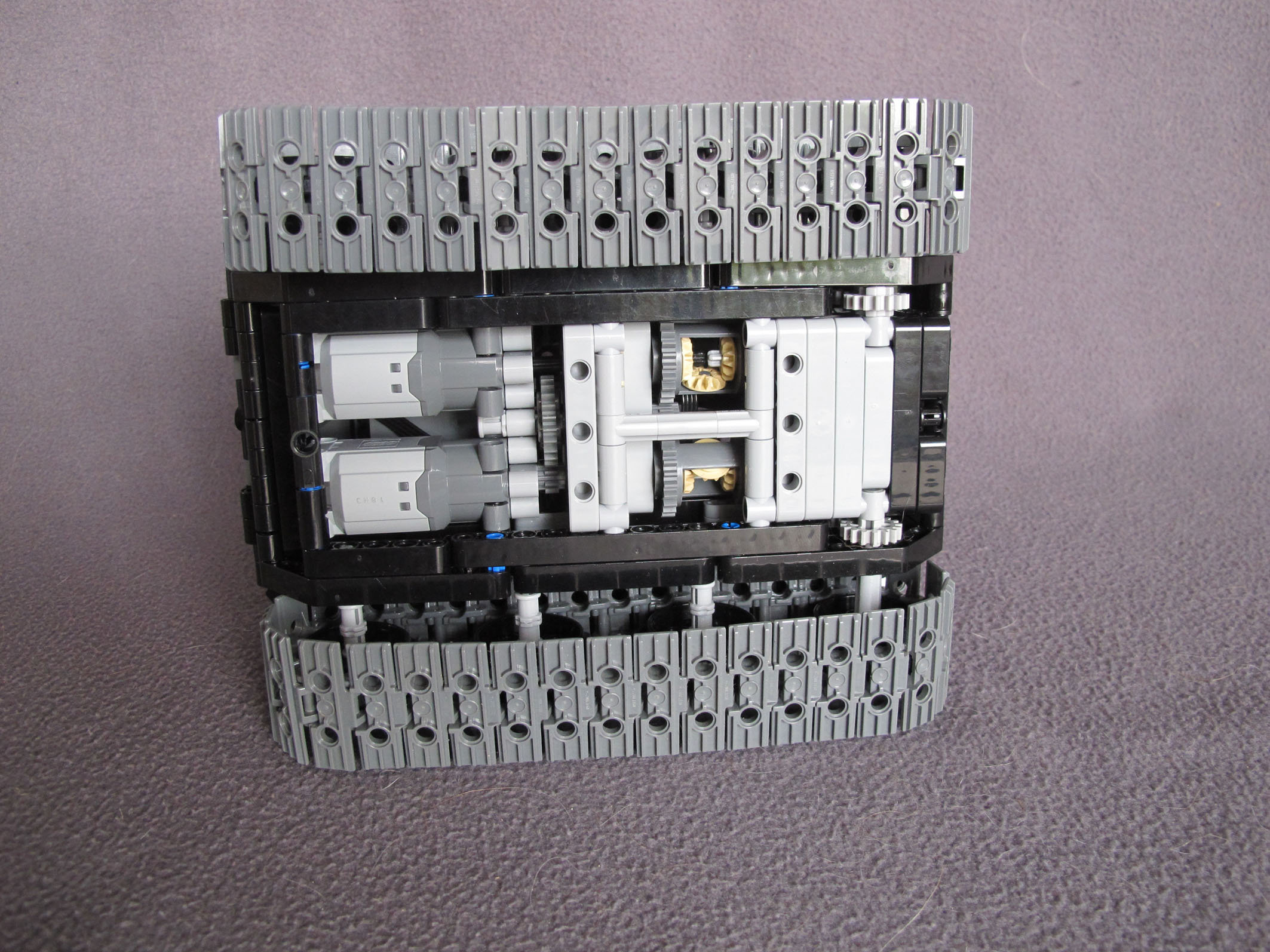 The top motor in this picture is driving the inside gears of both differentials in opposite directions. This is the drive motor.

The other motor is driving the outside of both differentials in equal direction. This is the steering motor.

If only the drive motor is running, both tracks will have the same speed in the same direction and so the vehicle will drive straight on.

If only the steering motor is running, both tracks will have the same speed in opposite directions and so the vehicle will rotate around it's center point.

If both motors are running, one track will speed-up and the other will slow down and so the vehicle will make a turn while it is driving. The rotation point is under the slower track.

For Technic, this principle is also explained in "The Unofficial Lego Technic Builder's Gide" by Sariel. I build that principle using different elements and construction.

It is shown in my YouTube video: tags are: Argo ATV 8x8 Lego 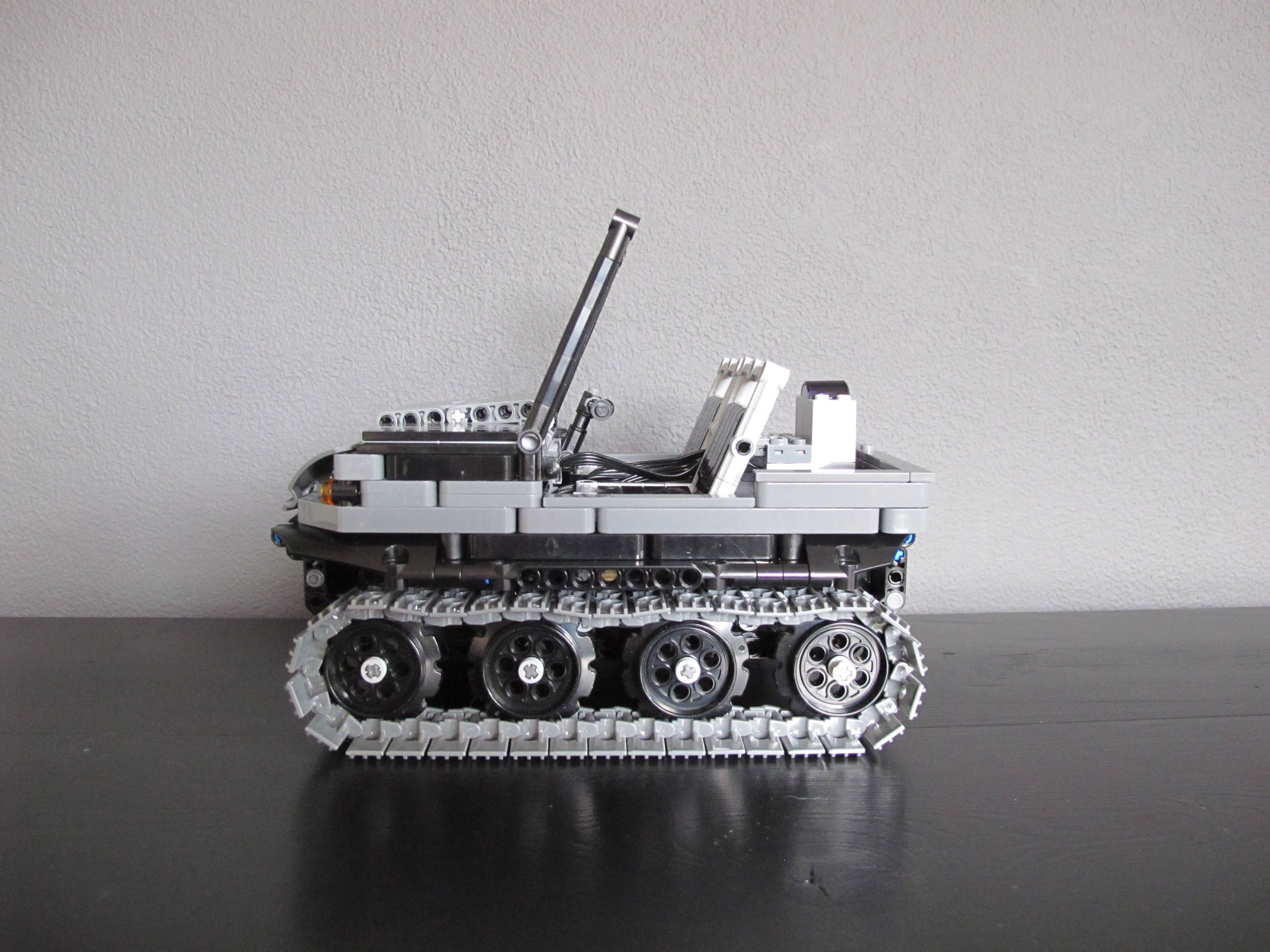 Side view. The last wheel on both sides is driven, using a 0.6 reduction bevel gearing after the differentials.
The receiver is on the back and the battery box under the hood. The hood can be opened partly to reach for the on-off switch. 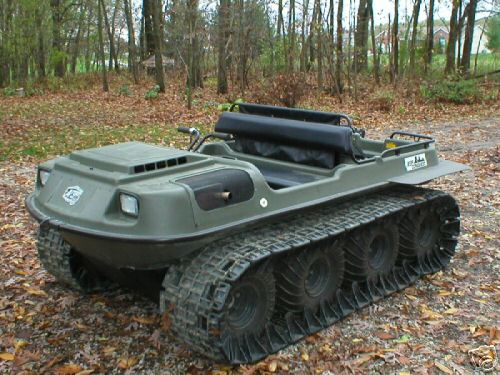 This picture shows the ATV on which my model is based, the Argo. This ATV is available in many different configurations.