By Sleeper
2 comments
This is my version of the X-83 TwinTail Starfighter, known from the legacy era of the Expanded Universe. It's a part of the X-Wing starfighter series, and is used about 130 Years ABY by the New Jedi Order.

The X-83 is a single-pilot Starfighter, with support from an Astromech-droid, which has manufactured into the ship. This Starfighter is equipped with a Shield-generator, a strong armour and armed with four enhanced heavy laser-cannons and a proton-torpedo launcher.
In atmospheric, as in space flight, the X-83 is a particularly maneuverable fighter.
Like the T-65 X-Wing, the X-83 has S-foils too.

This shown model is created out of 437 bricks, including the Pilot.
It's build in minifigure-scale and fits in it's size to the third generation (2012) x-wing.
Created as a concept model in LDD.

And there is already the perfect counterpart up here on Cuusoo: It's cornwaille's TIE Predator! 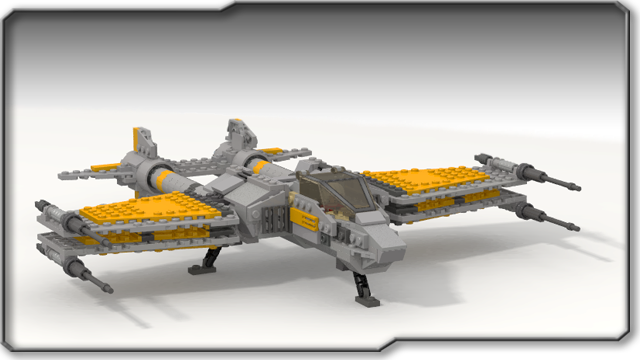 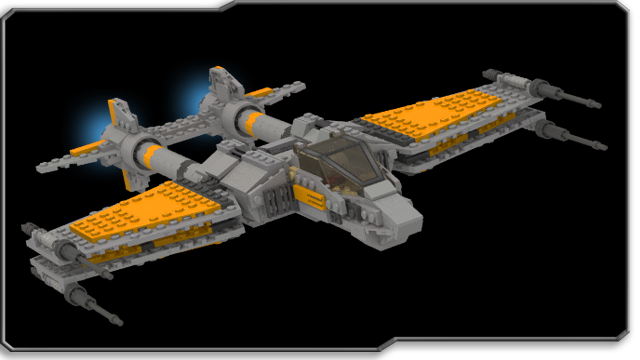 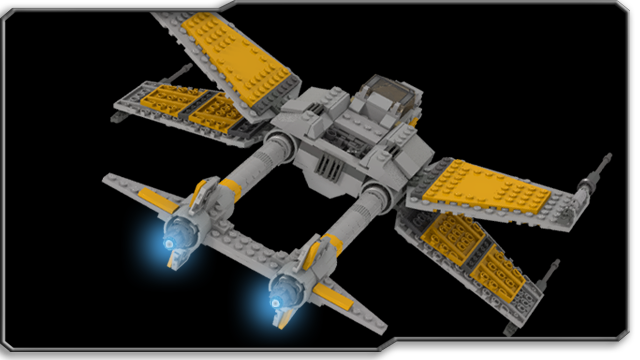 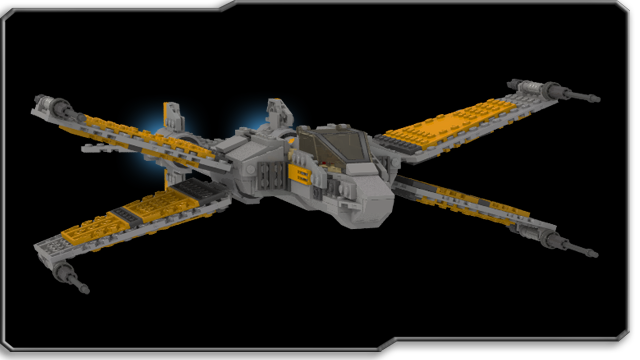