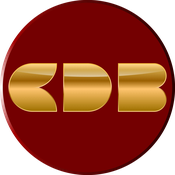 By Cidades_de_blocos
92 comments
Hello! This is my new LEGO Ideas project: Riverfield - a microcity with the best details, which I will explain next.
The model
The city fits in a 48x48 LEGO baseplate, having enough space for several buildings. The most important buildings of the city are the observation tower, the shopping mall, the castle, the river and the wind turbine (all of them shown in the second image), but there are a lot of other buildings that you can give possible uses that I am not mentioning.
Divisions of the city
The model has mainly the old downtown and the new downtown (also shown in the second image)  but also some neighborhoods and the river that divides the city in two. To connect both sides, I built two bridges.
3D model
I have shared this 3D model in Mecabricks, so that anyone can see the small details. Here is the link: https://mecabricks.com/en/models/0DvYGEnM29e
Renders
I have rendered the images with Blender. Some errors ocurred when importing from one program to another, and that is why some (but very few) bricks are out of place. It is very hard to find, so you probably won't see it.
Thank you for checking my project👍
Sincerely,
Cidadesdeblocos