AS350 helicopter and accessories 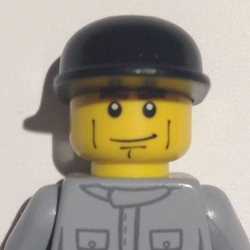 My proposal for an Ideas project is a helicopter that comes not as a specific configuration or livery, but as a base model that individuals can customise to suit their needs. The set would come with the helicopter, based on the Eurocopter AS350, a Pilot minifig, and an assortment of alternate equipment to add to the helicopter.

I chose the AS350 as it is used worldwide in a variety of roles like rescue, scenic flights, for film and television, for law enforcement and for aerial work. The parts supplied with the set allows for a number of configurations of equipment to suit these roles they are all easily interchangeable. The alternates and equipment are:

A plain white helicopter made sense for the project as it is only intended to serve as a blueprint for how to build a realistic helicopter. Since the helicopter has an international market with a wide range of customers using it there's no shortage of inspiration for 'repainting' it in a different livery though. It's simply a matter of people replacing the parts with other colours from your own collection, I've already done some of my own liveries of the AS350 which you can see on Flickr.

For anyone wishing to try out building the helicopter and its alternatives, I've provided the LDD file on Brickshelf.

Thanks for looking, I hope everyone enjoys this project.