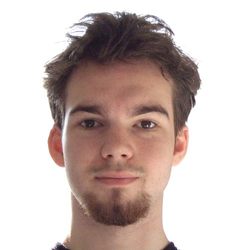 Being a big fan of the "Knight Rider" TV-series (4 seasons, broadcasted 1982-1986) I always wanted to have my own KITT made out of Legos. Building the new "Speed Champions" Sets gave me the idea of a 6 stud wide KITT (despite the old 4 stud wide version, I did decades ago). It should be durable, simple in construction, but of course it should include all the remarkable designs the original car had: the red scanner lights, the asymmetric hood, the futuristic interior as well as the Trans-Am "T-top".

This set consists of

Keep checking back, there will be new pictures and information online soon!