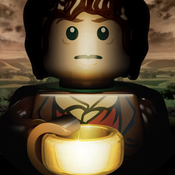 This is a nice, small Lego set for star wars lovers. it rotates vertically and horizontally, and I made it secure, so it won't fall apart in your hands.

Built to shoot down the rebels' dreaded micro fighters, this gun will take down anyone who stands in the way of the empire, with it's built in turbo blasters.

I built this model because my when i watch the movies, there are always big guns with storm troopers in them, and I could not find a set that I was looking for. so I decided to build one!

I already submitted an earlier version, but while it was gathering support I received some helpful feedback asking to add plates on the studs,