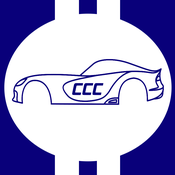 Why don't we start this description of my creation with a bit of backstory?

This isn't one of those “that's a cool idea” thoughts that you end up sitting on for months or years. I can't remember exactly, but the early (“early” like pre-alpha) version of this gear shifter has been around since about 2011 if I remember correctly. The earliest version of this gear shifter was very crude if I'm being honest with you. It was basically a small Lego shuffleboard in an H-Pattern and the Puck was the handle. It wasn't small (not enormous though), didn't have a small brick count and shifting smoothly was a challenge. It was my first attempt at making a manual transmission though and it was fun to use in the back of my parents' vehicles from the time I was nine years old until present. Whereas the current version has a universal joint for articulation.

I did make a few changes to it back then, but eventually, I figured out a far better way of accomplishing the same thing. “What was that?” What you see on your screen before you :)

I came up with the current version of the gear shifter around 2014 or 2015, making incremental changes and improvements. Although, the round gear handle you see came about just last year ( it took me a while to figure out how to make a cylindrical gear handle out of Lego parts).

With the backstory of how this came to be, let's talk about why I built it.

Everyone dreams of their first car right? I certainly did. The one thing I wanted out of a first car more than anything was for it to be a manual. Obviously, being a kid means that dream was a long time away from becoming a reality. So I did the next best thing, I made a Lego gear shifter. I have countless memories of “driving” with it, using my Speed Racer steering wheel I probably got for my birthday alongside it.

Driving steering wheels have been around for a long time. As long as I can remember, I always had a driving steering wheel in the back of my parents' vehicles. I would always drive while they were driving. I created my first gear shifter when I was eight or nine which was a compliment to any wheel. I feel this is a GREAT product for Lego because it is portable, less than 200 pieces and every kid who loves to drive can take their driving experience to a new level by being able to shift gears.

Why don't we talk about the meat of the product now?

You have a choice of two configurations. An H-Pattern version and a Sequential version. The H-Pattern is very similar to what you'd see in a Viper. What's the difference? It's a gated shifter (like in early 2000's Ferraris - The F360 and F430 are good examples). The Sequential shifter is similar to that of a rally car or Ascari A10. No matter your preference, there's fun to be had in both configurations.

The H-Pattern configuration of the gear shifter uses 113 pieces. The sequential version uses 85. In total, a set would probably contain about 144 pieces.

How to Use it:

If you know how to drive a manual (or have at least seen it), then I probably don't need to tell you how to work this gear shifter. If you don't, then here's how to do it: Slide the gear stick in between the gates.

It's that simple... on this Lego toy. Real cars with real manuals are a bit trickier. “What about the sequential?” That's easy too. Just pull back to go up a gear and push away to go down. Or, if you're trying to mimic a car that does it the opposite way (assuming there is one), just do it that way.

If you like this model, please do share and support this build through your friends and social network.