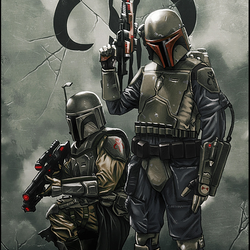 FIRE ON THOSE TANKS! (Wedge Antilles)

This is the XR-85 IMPERIAL Tank Droid. Developed by the Rouge Empire during the Imperial Civil War to be used against the returned Emperor Palpatine's loyalists. The original version of the XR-85 was no bigger than the AT-ST however do to production costs it soon became two times bigger than the AT-AT.

My model of the Droid Tank is however not as big as the LEGO AT-AT due to lack of parts but is close to the size of the LEGO AT-ST.

My model of the Droid Tank has all the same armament as listed above with a bonus the twin forward mounted turbo lasers are also flick fire missiles with a stick in the back you push in to fire them. The tank also has a removable R7 unit droid brain which can be accessed by flipping up the hatch on the back of the turret (which does turn but gun can not be tilted in any direction).

The set also includes 4 Rouge Imperial stormtroopers (the ones with the red dots on their helmets) and 4 Imperial loyalist Storm troopers.