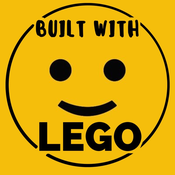 Wembley Stadium is a football stadium in Wembley. The stadium hosts major football matches including home matches of the England national football team, and the FA Cup Final. The stadium is also the temporary home of Premier League football club Tottenham Hotspur until April 2019, while White Hart Lane is being demolished and their new stadium is being constructed.

This Mini Moc is a close replica of Old Trafford and consists of 173 parts, the plan would be to add title plates and football pitch prints in the final version.

I am also working on replicating other major UK football stadiums so this could become part of a collection of grounds. If there is any you would like to see drop me a comment.