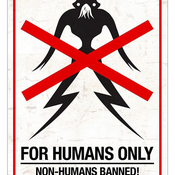 By Lotrlover24
0 comments
Deep inside the Barok Volcano, the evil Necromancer has opened a portal to the realm of evil and has awakened the Demon master!! You must use your wits to battle the fire elementals and lava monsters and the necromancer himself! The fate of Heroica is in your hands! A game for up to three players. I realize the characters do not have faces. If someone would like to create some. please do so and put a link in the comments. :)

The playable characters are the knight, mage and ranger.

These are the enemies:
- The small translucent piece represents a fire elemental. A creature that only deals one damage per hit, but will cause burn damage which removes a health piece every turn for two turns after the battle.

The next enemy is the lava monster. It is stronger than the fire elemental because it causes two damage per hit but does not cause burn damage.

The final and strongest enemy is the Necromancer. He deals three damage per hit.

And these are the items from left to right: Strength potion, lava spout, gold piece, health potion and defence potion.

- Lava spout: Takes a roll of the shield to remove.

- Defence potion (in case you don't know the description from ilrion): Prevents you from taking dmage for a turn.