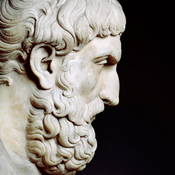 The idea behind this project is to create a series that focuses on the architects and designers who most influenced 20th century Architecture and Design thanks to their talent, vision and creativity.

Each new LEGO® set will consist of the reproduction of a famous building, an iconic object or piece of furniture, and the Minifig® of the illustrious character.

The set’s three elements will be displayed on a modular platform, which can stand separately or be snapped together as desired. It also will be possible to combine these sets with others of the same line, to obtain a gallery of buildings, objects and pieces of furniture or Minifigs®.

We believe this innovative concept will appeal to a widespread clientele, always in love with sets that tell a beautiful story, to Minifig® collectors as well as to all the LEGO® fans with a passion for Architecture and Design.

This project is a collaborative work by ACE CROISSY, NEW BRICK CITY and DR_GROGGY. This work is included with their explicit permission.

Walter Gropius (1883, Berlin, Ger.— 1969, Boston, Mass., U.S.), is a German American architect and educator who, particularly as director of the Bauhaus (1919–28), exerted a major influence on the development of modern architecture.
His works, many executed in collaboration with other architects, included the school building and faculty housing at the Bauhaus (1925–26), the Harvard University Graduate Center, and the United States Embassy in Athens.

The Bauhaus moved in 1925 to a new building in Dessau designed by Gropius, whose innovative use there of industrial sash, glass curtain walls, and an asymmetrical pinwheel design forged an unforgettable path in the development of what we now call modernism and the International Style.

The F51 armchair was designed in 1920 by Walter Gropius for his room in Weimar and has been faithfully produced since 1986. The F51 Gropius armchair is a must for every Bauhaus enthusiast and comes in a range of colours and materials.

The next set will be dedicated to Charles & Ray EAMES. Other will follow.

We thank you in advance for your interest and support.