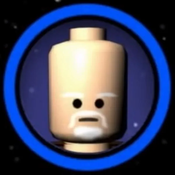 By SlosiTheBuilder
66 comments
Monopoly - one of the most known board games of all time, known for its economics and fun gameplay. This build is based on the Czech banking version of Monopoly form 2009. You can play this game only with a banking machine, Monopoly credit cards and game cards.
Idea:
One day, I was playing monopoly with my family and I thought that it will be fun to play in LEGO form. Originally I didn't want to post it, but a lot of people told me to try that, so here we are. This build is kind of personal for me, so I hope you will like it.
The game is 50.4 cm or 19.8 inches wide and long, 11 cm or 4.3 inches.
You will find:
• Monopoly board with 40 lands - 28 are buyable, place to put the cards and middle part with logo
• 6 chrome minifigures with colourful hats
• 32 houses and 12 hotels
• 2 white dices
How it works:
The game is played by the rules from the previously mentioned version of the game, minifigures walk on the colourful studs behind the builds, you can place houses and hotels, you play with the banking credit cards, the machine from the original game and cards of the land.
You find the prices of the land from the side of it, it's displayed in Monopoly M - Millions, a K - Thousands.
This game can be played with the full experience, I hope you will like it.