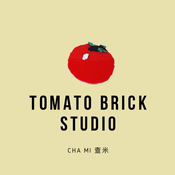 By ChaMi
40 comments
Opee Sea Killer tracing Gangun Sub is one of the Star Wars scene that impressed me a lot when I was a child. Thus, I decided to make this classic scene into a project.
This project consists of an Opee Sea Killer, a Gangun Sub, and several rock background and two of these rocks act as support for Opee sea killer and Gangun sub. Qui Gon, Obi Wan, Jar Jar are also included in this set. And bricks used is around 1500.
This project means a lot to me, since it represents the first Star Wars movie in my age. And I simply pay tribute to my beloved LEGO, Star Wars by this fish. Hope you enjoy my work and make it a real set!