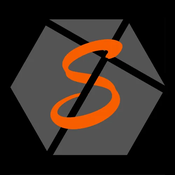 By SAINT_113
7 comments
This is a 237 part model of the Jaeger, 'Atlas Destroyer' from the Netflix series Pacific Rim: The Black
'Atlas Destroyer is a Mark-3 Jaeger, launched in 2017. After an unspecified period of service, Atlas was retired from active combat and reassigned as a training Jaeger. It underwent a refit at the Brisbane Shatterdome where it was stripped of its weaponry.
As a training Jaeger, its was used to acclimate cadets to the systems of a Jaeger over a period of six months. Its operations were overseen by Loa, the Jaeger's onboard artificial intelligence. Atlas Destroyer was stationed at Shadow Basin, located on the outskirts of Meridian City'