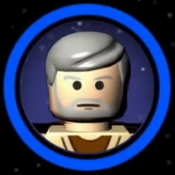 This is my personal project of a battle spaceship!

It's a new version of the previous Supernova spaceship: new laser guns added, chassis completely rebuilded, a lift under the spaceship completely openable and new folding feet. It tooks me many many weeks to project, build, rebuild and had to solve a mountain of problems.

From the beginning the main idea was to create a battleship with a large internal space and with a totally removable cover.

The cockpit has a large opening window and a commander's console with a swivel chair. There is a rotating turret on the roof and another below the ship directly connected to the gunner's position: turning the station also turns the turret below!

Inside there are also a radar station and a communication station and a hatch which gives access to the exterior below the space vessel.

On the back of the battleship there is the huge engine for interstellar travel, two stabilizers are positioned behind the rear wings while at the center of the wings there are two rotors for takeoff.

-One turret on the cover

-Two laser guns on the wings