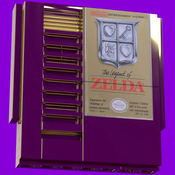 Hello and thanks for stopping by to check out the Space Police Rebel Relocater. Inspired by one of my all time favorite Lego products; Lego 6897 Rebel Hunter.
There are 3 main parts to the Space Police Rebel Relocater. The Command Deck, The Engine Block and the Rebel Block. The Spaceship is able to expand and contract along its rail to pickup the Rebel Block and relocate the block to another destination. The Rebel Block contains up to 28 individual cells and Rebels.
The cells slide in and out of the block and do not actually connect, but are held in place by a floor and ceiling rail system. There is a guard catwalk in the middle of the Rebel Block to watch out for any horseplay.
The Command Deck has 3 sections, the Cockpit and Bridge, Comms Room, and Crew Bedroom. In the comms room there is an escape pod that will drop out the bottom of the spaceship when its lever is twisted. The Crew Bedroom features 2 beds, a storage container, and office desk and chair with personal computer and entertainment system for crew. The cockpit features a captain's chair, with panoramic outside view to observe the path ahead. The cockpit can be detached from the command deck to access another control room.
The Engine Block contains 2 thrusters and 2 reactors as well as a control panel for the engineer to monitor the engine performance and operational status of each reactor. The Engineer learned his cabling from studio 2.0 and had an interesting approach. I would have taken a more hands on approach myself!
Take flight to other worlds, hopefully as a part of the crew in this massive spacecraft!