Back To The Future DeLorean Time Machine 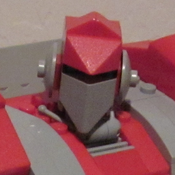 By ZachAttack77
23 comments
Presented here is Doc Brown's legendary time-traveling vehicle. With the recent minifigure-scale DeLorean on the way, I thought it would be a good idea to offer a larger-scaled, more detailed model as a companion. This DeLorean is 14 studs wide, in keeping the more recent large-scale official sets (Ferrari F430 and Enzo, Lamborghini Gallardo, etc...).

I believe the DeLorean will be a natural success, and I believe it will generate interest not just with Lego enthusiasts, but with fans of the film and car enthusiasts as well. The DeLorean was featured in BrickJournal in 2006.

Thank you for your consideration in voting for this model. It represents a lot of hard work and passion for the medium.

"Your future is whatever you make it, so make it a good one!" - Doc Brown 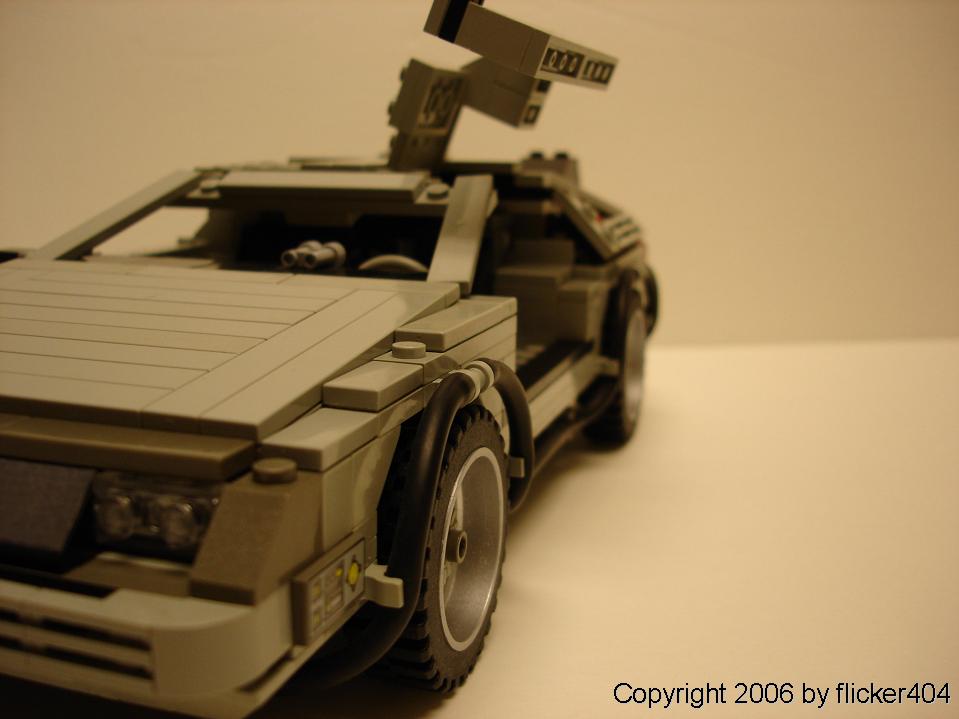 Showing off the gull wing doors. Obviously I used older-style joints, but that was mostly due to the DeLorean being built in the older shade of grey. A new official set would obviously be built in the new shades. 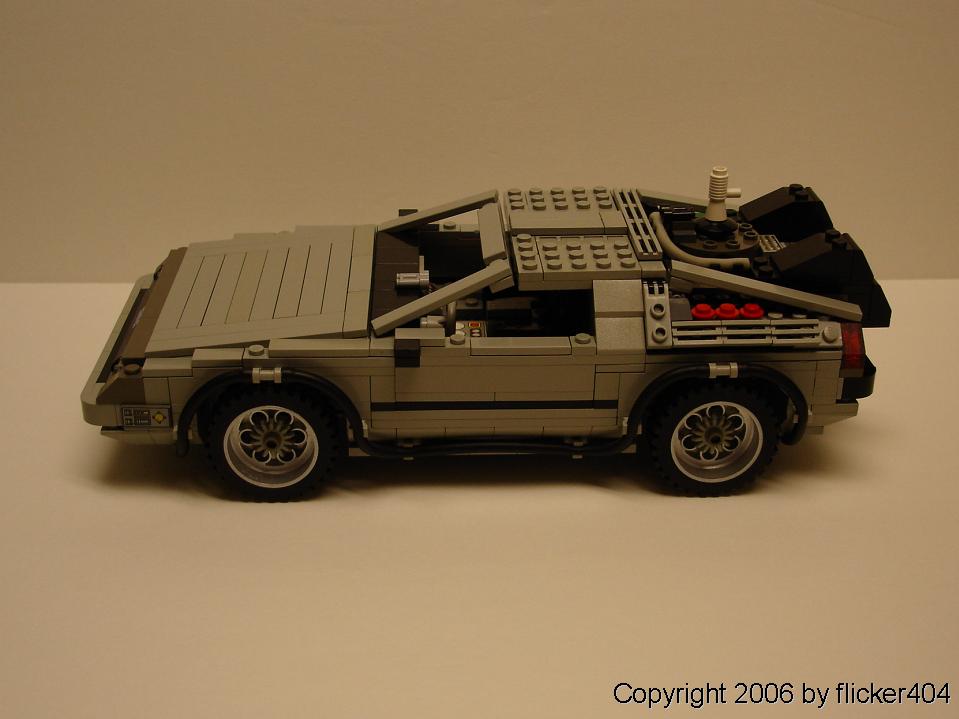 A profile shot. I wanted to walk the line as it were between having the DeLorean being too smooth and too "studdy". I wanted the design to shine through but still let the average person be able to tell its made from Lego bricks. 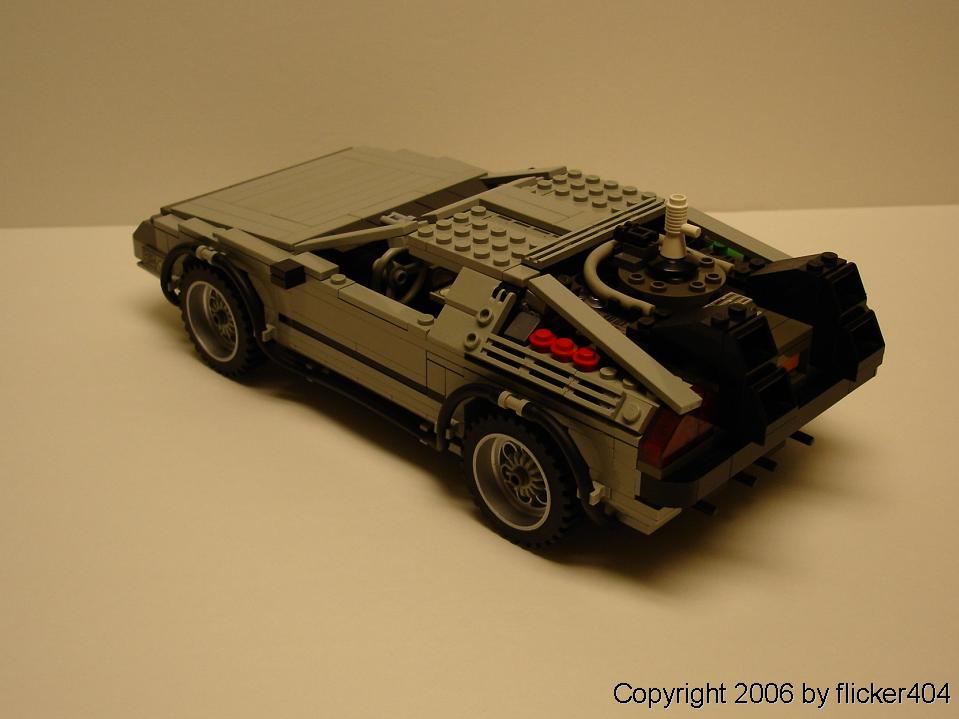 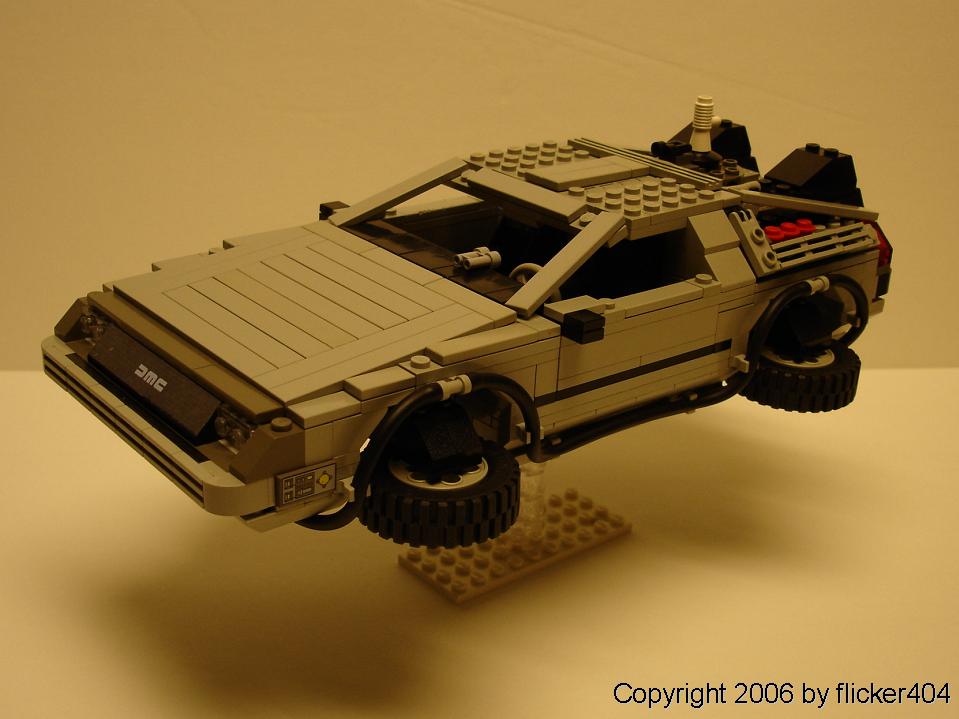 I plan on making the DeLorean customizable in keeping with the various versions we see in the films. Hovermode could be possible using the Technic method, but I believe it would interfere with the detail of the interior.