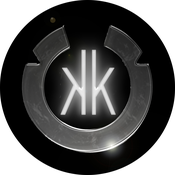 Since LEGO's Modular Building series launched in 2007, we have had much more realistic buildings set to minifigure scale with immaculate details. In all that time however there has not been much attempt at achieving the same results for our minifigure's vehicles. Wouldn't it be nice to have some cars and trucks that depict the same realism, and integrate into our modular building's streets? That is why I designed this fire truck to a proper minifigure scale: the LEGO city ones, while classic and fun aren't quite large enough to fit two minifigures side by side in the cockpit. By choosing an eight stud wide chassis this problem is resolved, and I believe the end result turned out quite well. I would love for all LEGO fans with a preference for detailed minifigure scale assemblies to add this fire truck to their collection, to compliment their LEGO cities, but I'll need your support first. Thank you!

Notes: I created this model in all real lego bricks first and made it in Digital Designer after. 95% of it is the same except for a few colours ( In real bricks I used some crome pieces for the "tool holders" in the midsection of the truck). I am very happy with how the fire hydrant turned out and I hope you feel the same way!