The Legend of Zelda : Link BrickHeadz 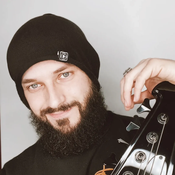 By MisterPol
28 comments
The Legend of Zelda is one of the most loved series in the gaming world.
The series had a profound impact and a great influence on gaming and mass culture, created by genius Shigeru Miyamoto and Takashi Tezuka in 1986 for the Nintendo Entertainment System. His main character is called Link, a hero full of courage who deserves to be honored with this small lego set depicting his character wielding the mythical Master Sword and Hylian Shield, on the back appears the miniature Deku tree and in front of the effigies of the controller, the emblematic heart of health and the command for the attack. Simple, but evocative.