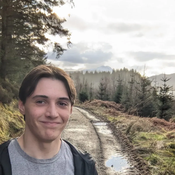 By JoHo2003
72 comments
My Idea Is for a functional and accurate Lego set depicting part of Aslan's Camp from the Blockbuster 'The Chronicles of Narnia: The Lion, the Witch and the Wardrobe'.
There are 4 main builds in my creation: Peter's tent which can be unfolded to reveal his map, compass and sextent for him to plan his attack; The Blossom tree and Dryad (tree spirit) that delivers lucy's message to Peter; The Archery tent with a rack to store the Bows and Target for Susan to Practice before The First Battle of Beruna; The weapon rack is the last build of the set and includes a blacksmith Faun, a fire pit and rack holding Spears, short swords and the iconic lances that the centaurs led the army into battle with. There are 676 Pieces in total.
There are 8 Minifigures In this set:
-Peter Pevensie (Batte Armour)
-Susan Pevensie (Green Dress)
-Edmund Pevensie (Battle Armour)
-Lucy Pevensie (Blue Dress)
-Oreius (Centaur) - would use the New Centaur Piece however it hasn't been added to Stud.io yet
-Mr Tumnus- Both of the Fauns should use the New faun leg and hair/horn Pieces used in the faun Minifigure CMF S15 (also not on Stud.io) these pieces are in the last photo.
-Faun Blacksmith
-Dryad (Blossom Tree Spirit)
All with their own relevant Accessories
I was inspired to build this due the release of the new centaur Minifigure already having the Faun Minifigure I was looking forward to getting another human hybrid mythical creature. when I saw them together I was instantly reminded of one of my favorite movies of my childhood which sparked my love of other movie franchises including 'Pirates of the Caribbean' and 'The Lord of the Rings' I found all the creatures fascinating and I can still remember watching the epic final battle and just thinking how crazy it would be if it was real.