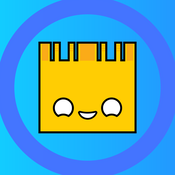 Introducing Pets of SPACE! Humans weren't the only beings to make it to space; monkeys, mice, and even dogs made it up there too! Inspired by Brickitect, this model honors the pets that have ventured into space. This model consists of 3 different displays, each containing animals that have travelled into space! It includes monkeys, a chicken, a dog, and a cat!

- Chicken: chicken embryos were sent into space in an experiment on STS-29 in 1989

- Monkeys: Squirrel monkeys Able and Baker were the first animals to be sent into space and descend back to Earth successfully!

- Cat: Félicette became the first cat in space! The first meow said in space was hers!

- Dog: Laika became the first living being to orbit the Earth! That's no small feat!

These animals should be honored for their grand acheivements in science and our understandings of the universe. Honor them by supporting this project!

Please support this project, and be sure to check out my other projects and my YouTube channel for regular updates! Keep building, and brick on!