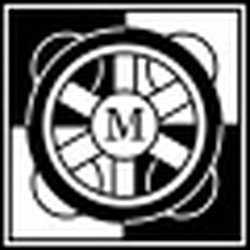 In response to Brickset, more details

My thanks to GlenBricker for authoring the nice write-up and all the commentators on offer with comments and critiques. Here, I repost my comments and response to theirs.

By jmathis in United States, 25 Sep 2014 21:16
This is James Mathis. Glad I found my way to this Brickset forum. Thanks to Glenbricker for starting up a discussion and highlighting this project. And a special thanks to folks like peterlmorris who are bold enough to really speak their mind about what they like and don't like. A sensibility for curating the classic themes such as Blacktron(tm)-- too much yellow!-- is something to consider for sure.

Those GARC racers are amazing! I am really enthralled with those racers. Mount those atop some slot car chassis and race!

I had thought of introducing the F-SPACE idea as a generic sub-structure-- just a foundation around which a builder would form their own at-home vehicle. I couldn't get a satisfying subframe at this scale, for the colors needed to be specific. So, I thought that the modular method might be a nice homage to the LU game three-section rocket and how the game encouraged customization to the interface structure. To the customization, perhaps this concept could include some basic foundation parts, but not enough to build a full racer-- just enough of classic SPACE parts in appropriate colors for a building to use as a foundation at home-- not that I like this, because I think a full on complete vehicle would be more well received by someone buying the kit.

As for the structural integrity of the builds, I'm sure there is necessary tweaking of the models. peterlmorris, and others, if you wan to have a look inside the model, and maybe try a build yourself, I've posted a link to my Brickshelf folder and the LDD lxf files in the "updates" section of this project at LEGO Ideas. (right now it appears that Brickshelf is down for maintenance)
https://ideas.lego.com/projects/78737/updates

Bricklunch: I think a LEGO anti-gravity racer like the game Wip3out would be nice. Add modular performance upgrades into the mix in the game, and maybe have a tie-in with real-life brick sets that show up in the game in a similar way as Skylanders, Infinity, and Amiibo. The add-on upgrades could have electronics chips perhaps that "know" you have added them onto your real-brick model. The ultimate would be if the game could take input from a photo you take of the model or if you build the ship in LDD then you can import the ship into the game. The game would have to offer design requirements and constraints for fair-play and progression (level-ups based on a merit system of achievements, etc.). I digress...

Aidypie: A "CITY Future" concept would be very cool, in my opinion. I played around just a bit with this concept about 5 years ago by taking standard off-the-shelf CITY sets and re-imagining them in a futuristic concept very similar to how my LU futuristic formula one racers can be reconfigured by popping off the wheels, then adding on engines and air foils in place of the wheels and adding cockpits and other greeblings. Those SPACE Police 3(?) sets with the alien bad guys and Blade Runner stylings were inspiring.

Thanks, again, to everyone for your honest, encouraging, and brutal :-) comments.
mahalo,
James

By jmathis in United States, 25 Sep 2014 22:36
Oh, to address the same-ness of the three race craft in Classic, Blacktron, and Octan liveries: this is the spirit of Formula 1. At a distance F1 cars may appear similar: single cockpit, open wheel, rear engine, rear drive, front wing, rear wing; but, upon closer inspection, there are both subtle and major differences. Differences that result in tenths of seconds lap times between competitors. Differences between loading up with power, aero downforce, mechanical grip. Not to mention driver ability and matching a driver to a car design: "the wand chooses the wizard" ;-) Differences that make a real performance impact. Differences that also must keep within the rules and regulations set by the governing rule makers, the FIA, such as maximums in length, width, cylinders, materials, safety, etc.

For these F-SPACE craft I paid particular attention to keep one sub module very similar to all three: every pilot cockpit is the same except for the canopy and a tweak to the front slope just front of the canopy. This standardizes the build akin to F1, and the modularity of front and rear modules provides freedom to explore designs inspired by favorite LEGO themes.

The same, but different.
The subtleties can make all the difference between first place and runner up.

By jmathis in United States, 25 Sep 2014 22:56
Oh, I forgot! This is the first time I've mentioned this anywhere: the modularity doubles for an easy way to break apart the racers resulting from in-play damage and collisions. Hit another racer, pop off an engine pod or wing or the entire nose or rear end. Imagine that your racer gets completely dismantled in the race and the only remaining bit is the C.O.R.E. pilot pod. He/She is out there "floating" with only minimal or no propulsion and running low on life-support. Here's where a futuristic tow truck could "plug in" to the Technic system holes on the C.O.R.E., hook up a life-support umbilical, and haul the craft back to the pit area.

I think the modularity could be a very playable advantage. What do you think?

Here's the link to the original article and comments. 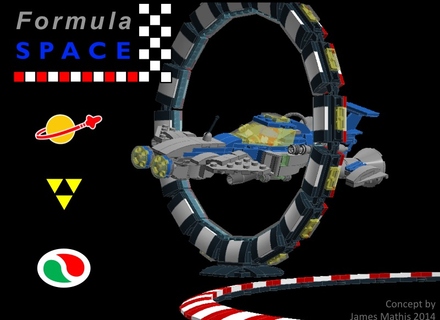 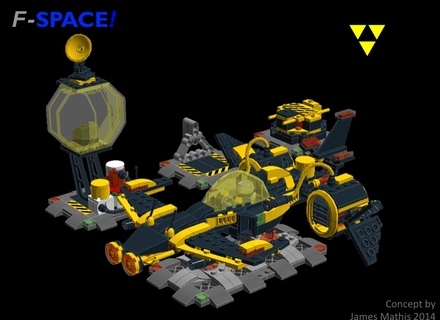 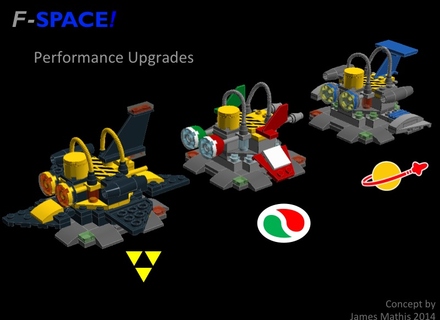 Thanks to my poor memory, affection for a certain video game, and several savvy Blacktron fans, I have attended to the logo. Very much appreciate you collective comments and suggestions. Let me know should you try to build one of these race craft. I'd love to see your mods and themes.

(I'm not sure how to remove or edit the original images with the wrong logo orientation-- any one can help?)

Look inside the design, build one today.

If you're curious about:
1) how these are constructed
2) a bit of my design progression
3) the original models from 2009 that formed the basis for the color variants that appear in the LEGO(R) Universe(tm) CES 2010 game trailer
4) possibly building one of your very own RIGHT AWAY
5) possibly in another historic LEGO space livery
Then head over to my BrickShelf(tm) gallery.
I've posted LDD lxf design files that you may download and examine, as well as a few other PNG LDD screenshots.
Race Away!
Again, my most appreciative thanks to all the supporters (126 as of September 13, 2014 1620 Hawaii Standard Time).
Oh, yes, the link:
http://www.brickshelf.com/cgi-bin/gallery.cgi?f=547553
Aloha,
James