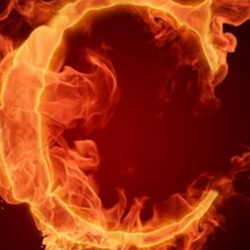 Here I present a truck that will overcome anything, the Sierra BEAST. This truck has many features that can’t be found in current Lego models of today. I believe that this truck will be the main essential to your lego collection/imagination.

This vehicle is basically a revival of the old modern truck. After that idea was a failure I decided to redesign the whole thing from scratch. After a couple of months I was able to enlarge the truck from ten pieces wide to fourteen pieces long. After spending a year of rebuilding this truck it still didn't seem to satisfy me. I redesigned everything of this build including the front half and the rear half. This redesign of the modern truck was very major because I spent two years rebuilding this from scratch

One of the mechanical features is that this truck includes suspension and steering. When I was building this I thought to myself what are the essentials when it comes to the mechanisms of any vehicle. The front suspension consists of Technic parts while the rear suspension includes two shock absorbers supported with a lot of technic parts. I used the steering methods from the Vette ZR1 and a few shock parts in order to center the steering. After building all of this I had to redesign it in order to be capable of towing large objects. This included making a stronger hitch while creating towing mirrors so that the driver will be able to tow with confidence. I also added large mud tires so that this truck will be able to drive with distance and handle any terrains. All of these features demonstrate how this truck will be capable of any challenge.

This truck has many interior features that consist of black red and white leather seats and some more features. This truck will seat 6 minifigures comfortably and it will give them a feel of luxary. I also added a moon roof to the truck to give it a nice feel. The roof also has speakers just in case it can't be heard by others. I engineered the tail gate to be basic but this all changed the day I saw a commercial on tv. I rebuilt the tailgate so that it could be used for many things. The tailgate opens to be a step or simply a easier way to haul cargo. These modifications are what makes the Sierra BEAST different from everything else.

Another feature this truck has is that it has a standard V8 Engine. This truck also matches in scale with the Vette zr1. I built this truck to be the revival of the modern truck. I also thought about appearance so I tried to use darker colors to make it look better. This truck has taken two years to fully build it so I hope y'all will like it. Remember that this truck may appear small but it will beat them all.