One week left: Let's go out with a bang!

The year seems to have flown by, and now there's only a week left.  Can we go out with a bang and get 500 supports?

Thanks to all music nerds who supported.  :)

On display at Brickfest Live, Oct 8-9!

Pleased to announce that the LEGO Moog Modular 55 will be on display at Brickfest Live @ the Meadowlands, NJ on Oct 8-9 as part of the NYCLUG table!

Please come by the table to have a close look at the Minimoog, as well as the other synths from the projects "Minimoog Synthesizers" and "Iconic Keyboards & Synths".  Grobiebrix' "Prism & Spectrum" will also be on display!

Here's a link to the Brickfest Live website with more specific details on the event:

Did you know that you can swap six different panels around on this Moog Modular 55?  Combine that with hundreds of cabling/patching possibilities, and you have a truly modular system. 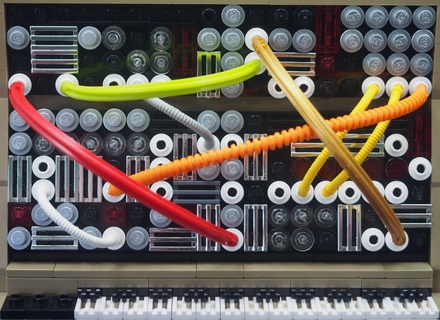 n memoriam: Keith Emerson (1944-2016).  Last week, the world lost one of its most legendary keyboard musicians in Keith Emerson.  He revolutionized the use of synthesizers in rock music and influenced multiple generations of keyboardists.  Rest in peace, Keith. 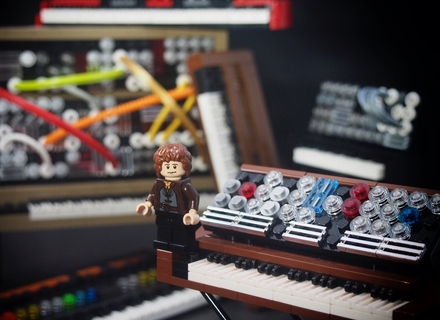 A writeup in Keyboard Magazine!

The sister project to the Moog Modular 55, "Minimoog Synthesizers" is approaching 1,000 votes.  Will it happen before the end of the calendar year?  Give it a nudge! 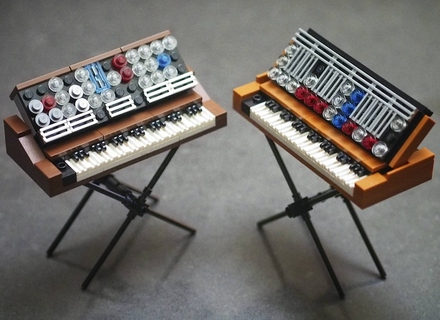 The set now includes a minifig of the legendary Robert Moog himself!  He's wearing a jacket and tie and sporting his trademark round glasses that he wore in his later years. 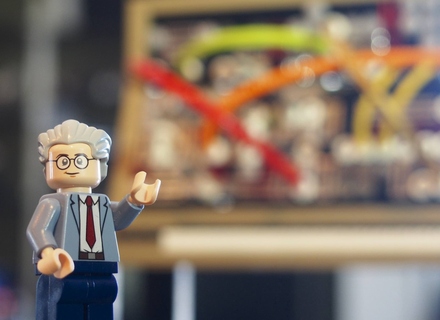 The project was blessed with two write-ups in the first 48 hours: