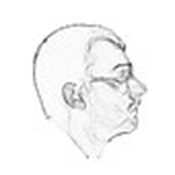 By SaMe
1 comment
The ATLAS experiment, at the Large Hadron Collider at CERN in Geneva, is one of the biggest experiments ever build by mankind. The ATLAS detector is searching for new discoveries in the head-on collisions of protons of extraordinarily high energy. ATLAS, and the about 3000 physicists working on it, will learn about the basic forces that have shaped our Universe since the beginning of time and that will determine its fate.

This model illustrates the main features of the ATLAS detector and hopefully helps drawing attention to the field of high energy physics in general and ATLAS in particular.

It's build out of 560 pieces and can be put together in less than an hour.

The idea is to ship a leaflet, with information about the real ATLAS experiment and the physics it is exploring, along with the parts. Thereby we could give each and every customer some insight into this very interesting and fascinating subject and offer possibilities for further education and/or contact to people within ATLAS.

The model is and will be used even more in education and outreach projects to promote particle physics in the public. It serves as a perfect eye catcher, a tool to discuss the basic design of particle detectors such as ATLAS and is the perfect souvenir for people of all age that took part in one of our plenty outreach events.

There is also a very successful larger version of this model (which is not part of this Cuusoo) to be seen in various institutes and exhibitions around the world (see attached below).

Find out more about the real ATLAS experiment and the two models at http://www.atlas.ch/ and http://atlas-model.mehlhase.info/, respectively.

Please also have a look at our new related outreach project:
Build Your Own Particle Detector.

As promised for reaching the 200 votes milestone, I'm going to write a few words about outreach events/projects in which we have used LEGO and the model(s).

The models have been used at several institutes in events were high-school students got invited to get an introduction to particle physics, do some simple data analysis and build a detector to get a idea of the design and the principle components. Both the small and the large model have been used. We would like to be able to give out the small model as an educative souvenir for such events in the future.

In addition I have just started a "Build your own particle detector" series, were children get to build their own detector (maybe inspired by the ATLAS model, maybe not) and both them and their parent get involved into discussions about particle physics in the mean time.

As mentioned above, the model is just one piece in a lot things we are and plan to do with the "building blocks of the Universe" (LEGO). I just announced the winners of our recent "Build your own particle detector" competition, which was held at CERN during the inauguration of the Passeport Big Bang (http://www.passeportbigbang.org/). We had several hundred children passing through our tent building stuff and both them and their parents learning something about our experiment. You can find some pictures and the winners here: http://passeport.mehlhase.info/. This event would have been just one great opportunity to give out a small model of the ATLAS detector as a prize/souvenir for the winners.

This is simply amazing! The number of supporters almost ten-folded within the last day.
Thank you everyone out there!

As there were a lot of questions/comments about the two designs, I'd like to add a few words.

The vote that is currently ongoing is indeed for the/a small version of the model.
One that could be bought, built and kept at home by many people of all age.
Also it is more a vote for the idea, as LEGO might/will do some adaptions/modifications to the design once it has been selected for production.

The large one, which is about a meter in length and would probably cost several hundred dollars, is thought of (at least for now) as an exhibit for ATLAS institutes. I somewhat doubt that it would make it through the reviewing process, as the number of people that could actually afford it is simply too low.

That said, once we made it through the review and to an official product, I can try and invest some time to provide a complete list of pieces or even a final computer model (which does not exists yet, as it went though some iterations once I had the pieces) of the large one.

Thanks once again to everyone who voted and/or facebooked/tweeted/shared the link!!!
And of course to IFLS (not sure I can write this here, but you know who I mean).

Thank you very very much to everyone who supported the idea!
The is awesome, I am very much looking forward to hear from LEGO :) 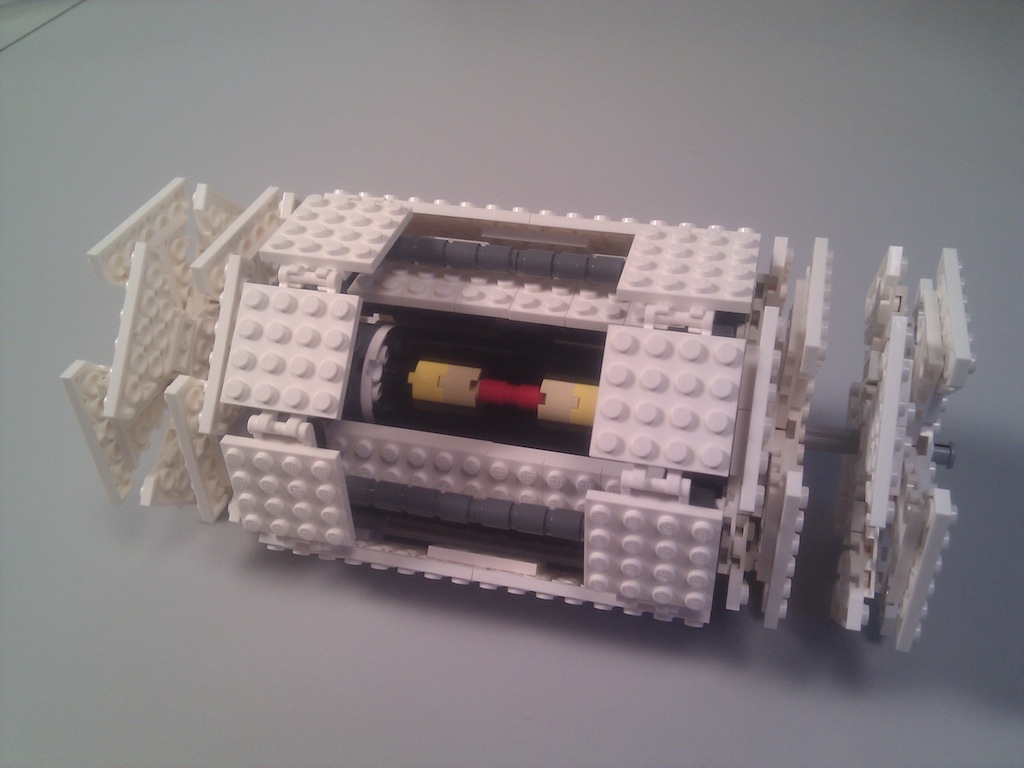 Just another image of the model. 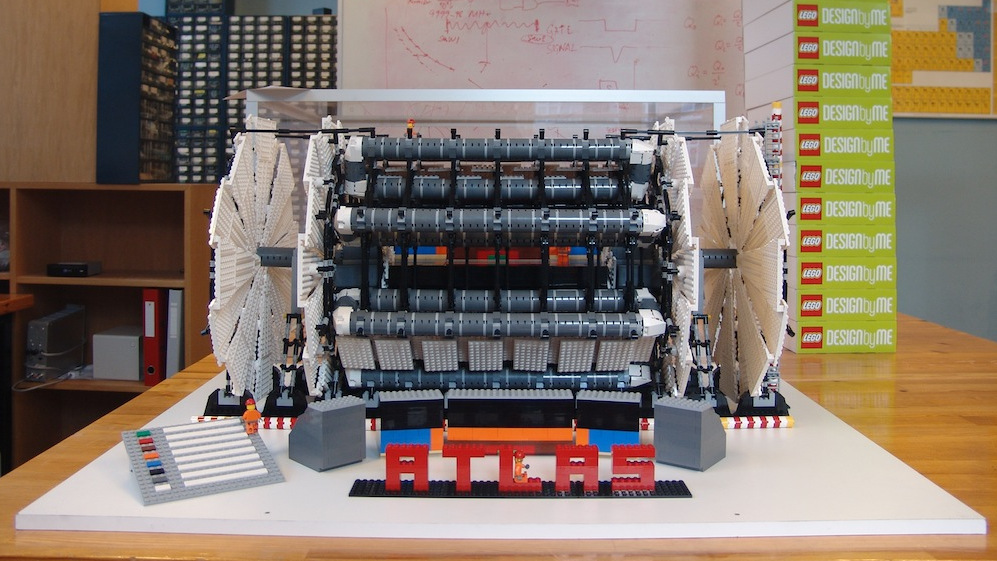 This is an image of the large model with about 9500 pieces.
You can find all the details at http://atlas-model.mehlhase.info/. 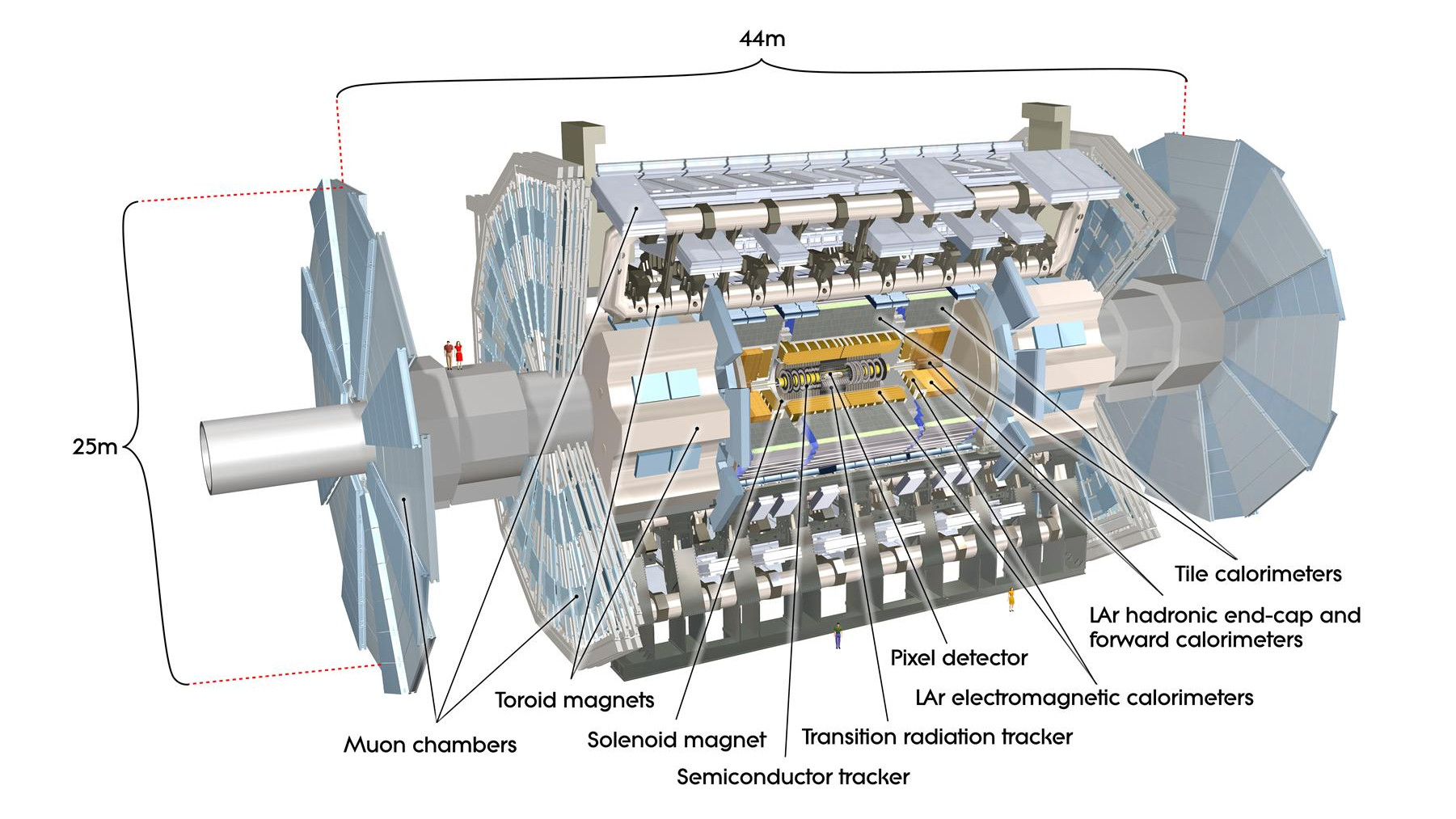 Illustration of the real ATLAS detector.
You can find more information at http://www.atlas.ch/.