The Cupboard Under the Stairs 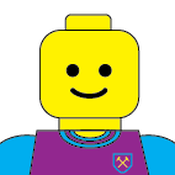 In 1997 JK Rowling published Harry Potter and the Philosopher's Stone. In the past 20 years there have been six more books and eight films made about The Boy Who Lived, but everyone will always remember him as the boy who lived in the cupboard under the stairs. Inspired by Potter's iconic bedroom of eleven years, The Cupboard Under the Stairs has been recreated in Lego form as a fine reminder of the famous character's beginnings.

Harry Potter has been part of the Lego franchise for over 10 years, spanning dozens of sets, two video games and more recently a Lego Dimensions theme. In that time the cupboard under the stairs has been overlooked so I set out to build it using Lego Digital Designer. I'm pleased with the finished design and I hope the many Harry Potter fans out there will agree.