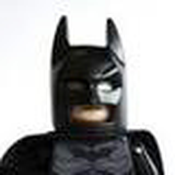 This the result of months of dedicated building trying get the appearance of each model to resemble the films and now with enough supports there's a chance for people to fill their Batcave with these three unique and iconic vehicles from this single set.

Another variation from the film The Dark Knight Rises could include Bane and Catwoman minifigures and Desert camo- Tumbler instead of black. 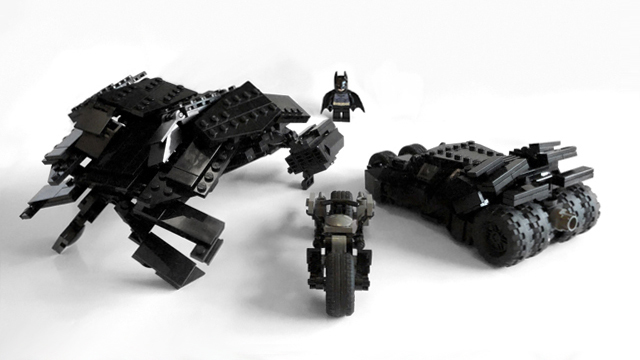 Back view of Batman's three vehicles. Batman's ready to fight crime, which one will he choose? 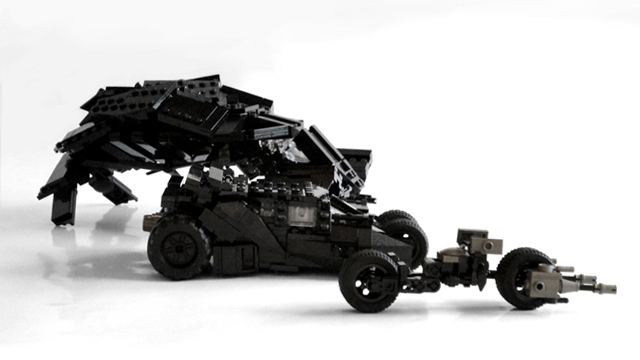 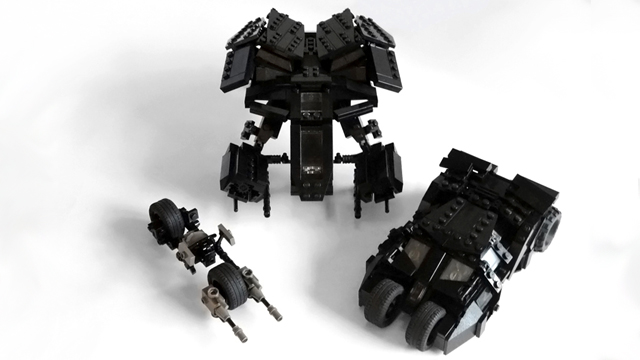 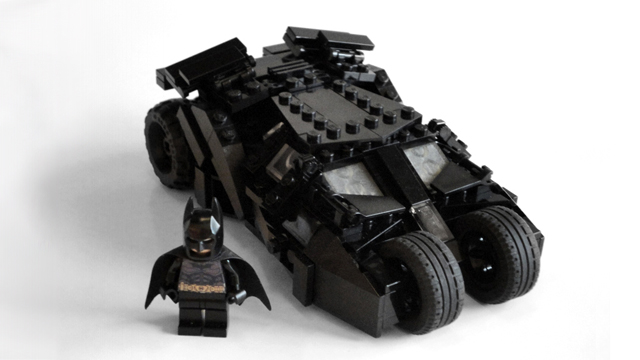 The Tumbler
The roof is openable to place Batman inside the cockpit. Rear spoilers can be bent to raise and lower which prepares the tumbler to jump.