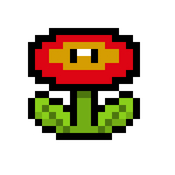 I've been always an huge fan of Lego, since I was 7 years old. Lego Star Wars have been now my main Lego passion, building up a new set feels like being part of the Star Wars saga! That's why I wanted to be part of it, or at least try to! After a full research of all the Lego Star Wars set released during these years, I thought that maybe would be nice to give my personal hint and suggestions for something completely new. Something that maybe could appear in the future Star Wars movies. That's why I designed this model.

This prototype was created taking into account two ideas: Star Wars spaceships and aviation. From the first one, I took inspiration from the Lego Star Wars Republican Starfighters, a masterpiece and also a symbol for a lot of Star Wars fan. From the second instead, I took some particular feature from the classical bomber aircraft. I tryed then to mix the features of both elements in this project, from the movable wings to the gun on the rear. I hope you enjoy this project as much as I did trying to bring it to life!