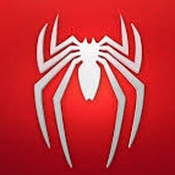 By crambo78
26 comments
Enter the Dangers of the Pyramids
Join legendary explorers Chase Brickers, Ralph Studs, and Sandra Tile as they seek out the four ancient treasures of the Pyramids. They seek out the golden blades, the Golden Cat, the Beetle Ruby, and the Pharaoh's Gem. However, in their pursuit of the treasure they awaken the long dead Mummy King. He and his skeleton army will stop at nothing to protect his treasures. For more information and details on Pyramid Adventure click here.
A Full Pyramid with Interior
If there is one thing that LEGO doesn't make enough of its pyramids. We have never gotten a full LEGO pyramid in the almost 90 years LEGO has been around. My project features a fully fleshed out pyramid with an enclosed interior. You can easily remove the roof to reveal the fully decorated interior. The interior has four main rooms, each holding one of the treasures. The room holding the Golden Cat contains an army of venomous snakes sent to guard the treasure. The treasure room holds the unlimited wealth of the Mummy King as well as the legendary golden blades. The chamber holding the Beetle Ruby Is guarded by deadly spike traps meant to keep out unsuspecting intruders. Lastly, the Mummy King's chamber holds his pure gold sarcophagus and two blinding gems. However, which one is the Pharaoh's Gem. Choose wisely! No pyramid is complete without an oasis, so I created a beautiful desert paradise for our explorers to cool off at. Lastly, our explorers can discover the ruins of an ancient monument seemingly guarded by the golden statues.
Details
This build uses 1,642 pieces to create the desert adventure I envisioned. My idea is meant to pay homage to the LEGO Adventures line of sets that ran from 1998 to 2003. However, the idea is entirely my own. My idea features six minifigures, our explorers Chase Bricker, Ralph Studs, and Sandra Tile, three Skeleton warriors, and the Mummy King. Accessories for the minifigures include a pistol, a flashlight, a book, a radio, four weapons for the villains, binoculars, and a magnifying glass. Will our heroes defeat the Mummy King and claim the treasures? Or will they be swept away and lost to the sands of time?