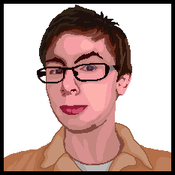 This is a LEGO set based upon one of the ships seen in the recent demos of the upcoming space exploration videogame, No Man's Sky, created by Hello Games. The game is, according to its website, "a science-fiction game set in an infinite procedurally generated galaxy", and as such will include a huge variety of modular ships, but this one felt iconic to me, and I just had to create a LEGO model of it.

As you can see in the images, it is minifigure-scale. The final model would of course not come with a Stormtrooper minifigure, but that was the only sci-fi figure I had available to demonstrate. The cockpit opens up, and inside is a console for flight control, dials, and a red chair that the minifigure sits in.

The set would contain around 175 pieces. Though I have taken a few liberties, I have tried to remain true to the design of this ship, and hope that others who are excited about this upcoming title like (and vote for) my Idea!

Below are some references I used to create this set: