Evolution of the Ocean Liner 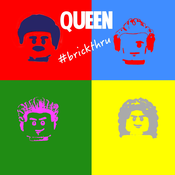 By Artistic Shadow
18 comments
"The Greyhounds of the Sea." The ocean liner was the quintessential form of transportation from the early 19th Century to the modern day.
Two of the most famous companies of the time were the Cunard Line, founded in 1840 by Samuel Cunard and the White Star Line, founded in 1845 by John Pilkington and Henry Wilson. The latter company was subsequently taken over and renamed The Oceanic Steam Navigation Company by Thomas Ismay in 1868, though was still commonly referred to as White Star.
Both companies soon started to rival one another for competition over the transatlantic route, competing in size, speed, luxury and business for the profitable route, each company outdoing the other with larger, grander and faster ships. It would be a rivalry which would go interrupted for countless of years until the Titanic disaster of 1912 gave both companies pause and showed them the dangers of complacency and outdoing one another at the risk of passenger safety. After this, the rivalry became more muted and was all but destroyed with the outbreak of the First World War and the changing nature of world.
The fate was the ocean liner was doomed with the emergence of air travel, as sailing on ships was soon deemed antiquated and passenger numbers declined.
The White Star Line was forced to merge with Cunard Line in 1934 during the Great Depression, the company becoming the Cunard-White Star Line, of which ships include the Queen Mary. By 1949, Cunard bought out all of White Star's assets and renamed their company Cunard.
Today, Cunard ships, such as the Queen Mary 2, have White Star Service in honour of their rival and fly the White Star Flag every 15th April to commemorate the Titanic disaster.
This Lego Idea will hopefully demonstrate this rivalry between the two companies, showcasing a history of the ocean liner. An evolution, if you will.
Ships featured:
6 ships are features in this idea. 3 from the White Star Line. 3 from the Cunard Line. Each ship has its own claim to fame in the annuals of Ocean Liner history.
White Star Line
Identified by its buff coloured funnel.
RMS Oceanic (I) - 420ft 4in - built in 1870. One of six sister ships, this was the first ocean liner built for the company. She was powered both by steam and sail. She was soon chartered to other companies and was scrapped in 1895.
RMS Oceanic (II) -  704 ft built in 1899. She was the largest ship in the world, the first one to beat Isambard Kingdom Brunel's Great Eastern in length. She was also present during the near miss collision between the Titanic and the SS New York. She was sunk during the First World War.
RMS Titanic - 882 ft built in 1912. One of three sister ships of the Olympic Class built in response to Cunard's Lusitania and Mauretania, the Titanic was the largest ship in the world at the time of its maiden voyage in 1912. Where Cunard opted for speed, the Titanic focused on luxury, featuring many lavish furnishings from magnificent parlour suites to the beautiful first class grand staircase. It was during this voyage that she collided with an iceberg and sank in the North Atlantic on 15th April 1912. The Titanic disaster would lead to advanced safety measures for all lives at sea.
Cunard Line
Identified by its red coloured funnel.
RMS Lusitania - 787 ft - built in 1907. Cunard's answer to the German express liner Kaiser Wilhelm Der Grosse, the Lusitania and her near identical sister Mauretania were considered the greyhounds of the sea and won the coveted Blue Riband for speed. The two sisters would enjoy a friendly rivalry in competition for the Blue Riband until the Mauretania captured it and held the record for fastest transatlantic crossing for 20 years! The Lusitania was torpedoed and sunk off of the Irish Coast during the First World War.
RMS Queen Mary - 1,019 ft - built in 1936. This ships was built when Cunard was still called Cunard-White Star Line and technically remains the only White Star ocean liner still in existence today. She is famous for being the stand in for the SS Poseidon for the 1973 disaster movie The Poseidon Adventure. One of the last of the great ocean liners still in existence, she is currently moored in Long Beach and runs as a museum and hotel.
RMS Queen Mary 2 - 1,132 ft - built in 2012. Currently the largest and only ocean liner in operation today. Other ships are deemed cruise ships as they go from port to port, the cruise being the holiday itself, whilst the Queen Mary 2, whilst sometimes being chartered for other voyages, holds the distinction of being the only ocean liner to continue a regular transatlantic service.
I have tried to make the models to scale with one another, in terms of size, height and width. It was quite impressive to see how tiny the original Oceanic was when compared to the behemoth Queen Mary 2!
These ships would be display pieces and I hope they would be a nice little historical set which would appeal to all those interested in the history of ocean liners.