jamessims
27
“All that the salesman cared about was a $50 spiff” - Steve Jobs
“Unless we could find ways to get our message across to customers at the store, we were screwed.” - Steve Jobs
“If you look at the stores and the products, you will see Steve’s obsession with beauty as simplicity; this Bauhaus aesthetic and wonderful minimalism, which goes all the to the checkout process in the stores.” - Larry Ellison

LEGO was the best toy in my youth. With new technology, my increasing age the way I spend time changes. No more LEGO. Study. Technology, but using only Apple products. One day I had an idea to combine two of my favourite brands, LEGO and Apple and the idea of the LEGO Apple Store was born. This was around the time the Chicago Apple Store was opened, which I admired for its design, thus it is heavily inspired by the Chicago Store.

After many weeks on designing, rebuilds, tweaks and more this is the product I created!

Thank you for visiting, 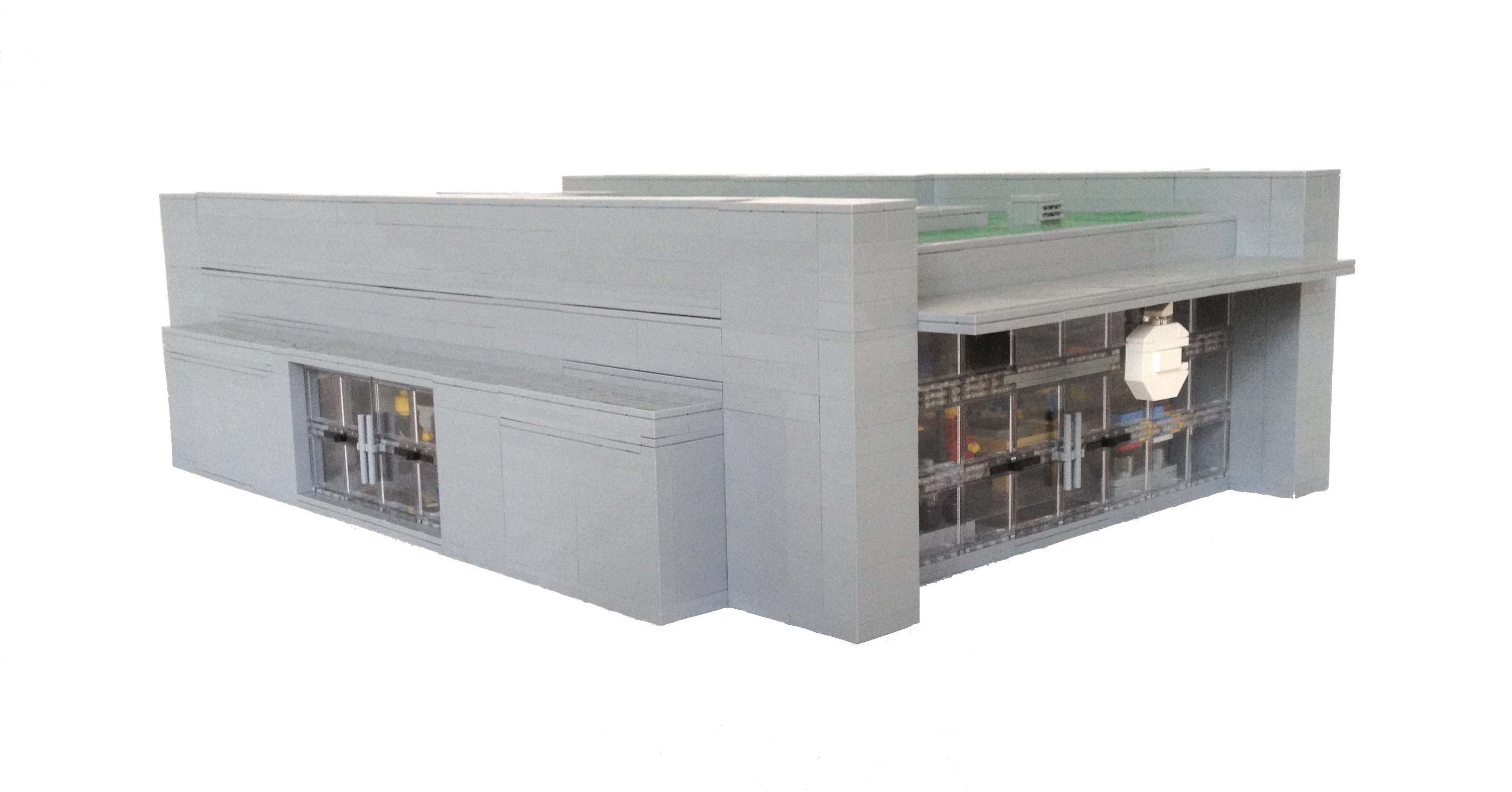 The Apple Store is divided into three parts: the Product Side, the Services Side and the Centre (Genius/Salesdesk).

The Product side has two full tables and two “half tables”, divided between OS X and iOS. The iOS side had iPads, iPhone, iPod (nano and touch) and an Apple TV on display. The Mac side has MacBook Pros (including Retina), MacBook Airs, iMac and Mac Pro (including Thunderbolt Display) on display. The wall behind each “half table” is an Apple related advertisement.

The Centre has a Genius Bar, Bench and Salesdesk. The Genius Bar has four seats and three of the iconic blue TVs behind it. The Salesdesk has two Macs on it. Both the Genius Bar and Salesdesk have storage underneath including drawers. In addition to this the third entrance to the Store is located just behind the Salesdesk, so are the Stockroom and Bathroom.

The Services Side features two tables and two accessory walls. One of the tables is Personal Setup, and the other is a Group Session (thus the TV being there). The accessory walls are split between Mac and iOS. 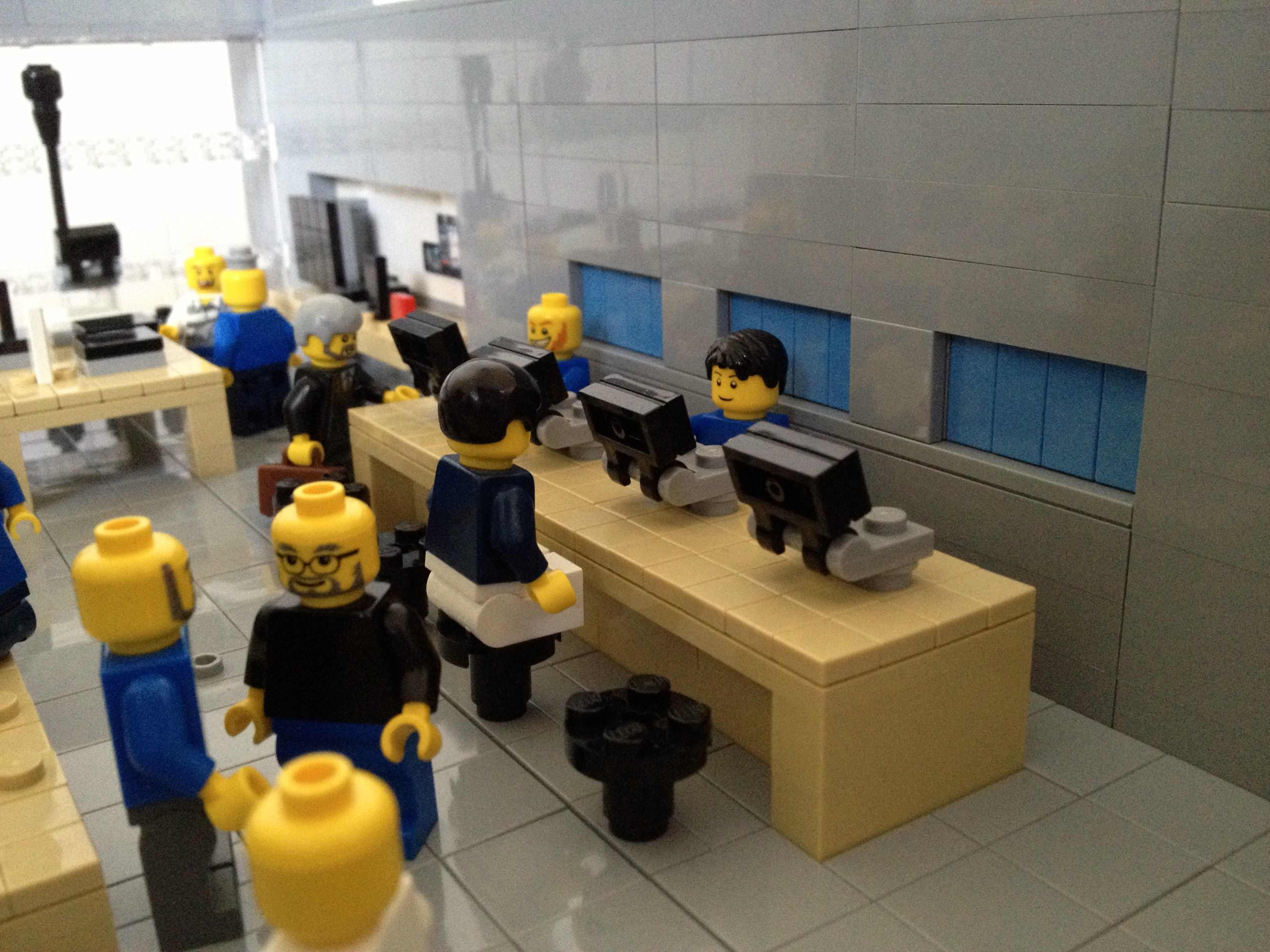 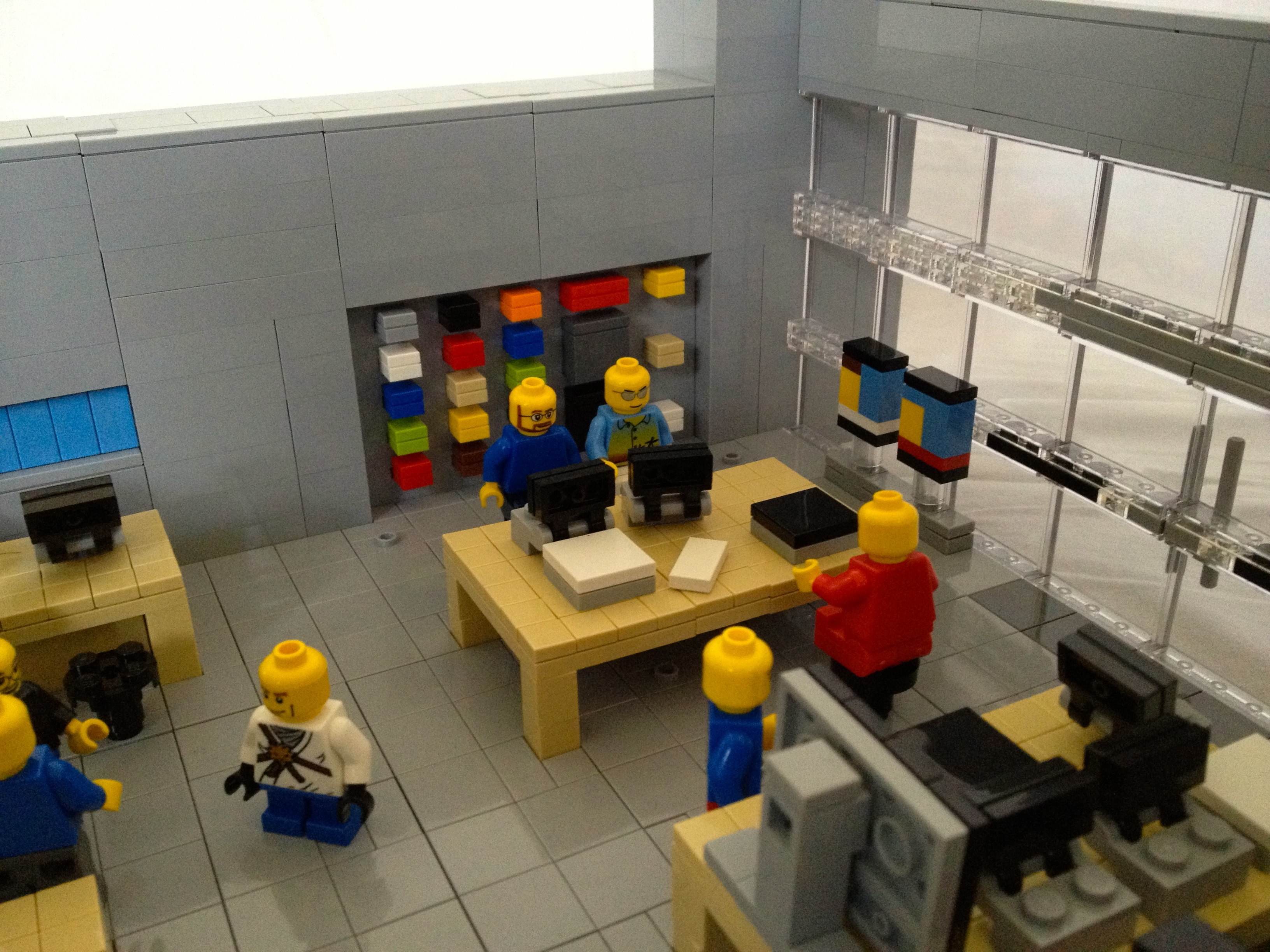 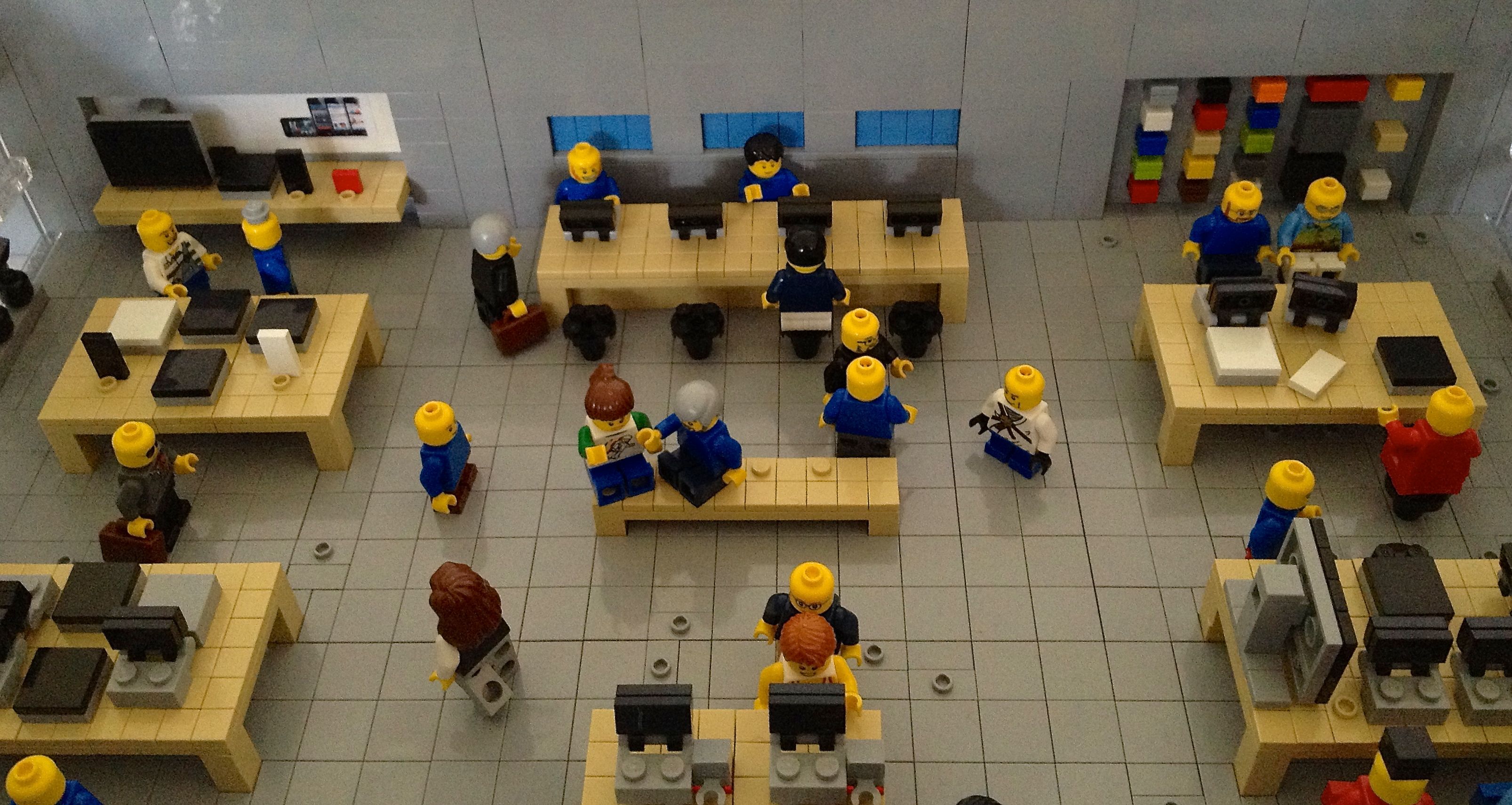 The building is modular, as the main roof and the side-roof can be removed to look/play. Everything has been designed for reasons, in fact, the bricks line up vertically to create lines from the top of to the base of the building to represent the lines between the (some sort of) steel plates of real Apple Stores.

For a more extensive gallery/description please visit my creation on MOCpages:

Please be aware that it is not my intention to compete with other Apple Stores on LEGO CUUSOO. In fact, this Apple Store was constructed 1.5 years ago (as of May 2012), but I only just found out about CUUSOO. All I want is an official LEGO Apple Store set, so why not vote for the others as well?