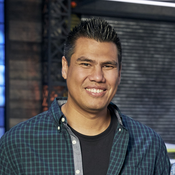 By The LEGO Dark Knight
15 comments

My house has become swamped with min-figs since my sons and I began playing with Lego. We have since built up sizable collections of various mini-fig themes which lay dormant in different boxes. I wanted to utilize them in a way that would both be fun and practical. It was then I came up with the idea of combining my older son's love of Chess with Lego.

I know Lego have released chess sets in the past, however they are geared towards specific themes and the pieces can become quite abstract and aren't always readily identifiable as the pieces they represent.

What I wanted to create was a chess set in which the pieces were readily identifiable and all that was required was the desired mini-figs to represent the pieces.

Once we completed the set, we began to realize that the possibilities were endless and we went about creating a Chess set based on our favourite theme - Lego Super Heroes, with the different incarnations pictured herein. We also created sets based on other themes such as Star Wars, Simpsons and Monster Fighters.

The whole idea is for everyone to use the mini-figs they have at hand to create a chess set that they would like to play with and or display, although if the idea came to fruition I would expect generic medieval themed mini-figs to be packaged with the pieces.

The pieces themselves are also constructed with playability in mind and are designed for younger hands, whilst providing a satisfying end result for older children and adults.

Learning Chess is a truly universal experience and I think everybody remembers the first time they played it. Combing that experience with Lego would truly create a unique memory for children,

Now my son not only loves Chess, but he also loves creating new themes with his Lego Chess set with the help of his younger brother (and me).

I also think the set captures the spirit of Lego perfectly and cultivates creativity and imagination of children, whist teaching them one of the world’s most universal games.

I hope to share the truly unique experiences I have had with my sons in creating the set with all of you. Thank you in advance for all you support.

By The LEGO Dark Knight
15 comments