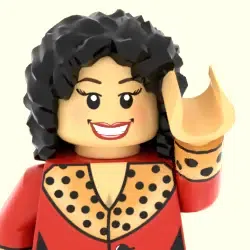 This creation was made in full collaboration with Max Brich.
Max Brich profile on LEGO Ideas: https://ideas.lego.com/profile/Max%20Brich/entries?query=&sort=top
This project is entirely dedicated to the famous American show "The Nanny" starring Fran Drescher. This is one of the funniest and most iconic comedy series of the 90s. We have recreated Maxwell Sheffield’s house (7 East 75th Street NYC), including some of the main sets of the series, and of course, the main characters.
The set comes as a modular corner building. The entire backyard can be left open to play and reproduce the cult scenes from the series. A movable rear facade allows the building to be closed off, and also offers interesting possibilities for LEGO Modular enthusiasts (an alternative version of the building can be built by switching the front and rear facades).
We can transform the rear facade into the famous kitchen of the show.
The set has about 2900 parts, which is a reasonable amount for a build of this size fully decorated and 3 possibilities.
You will find in this set the main characters: 8 minifigures 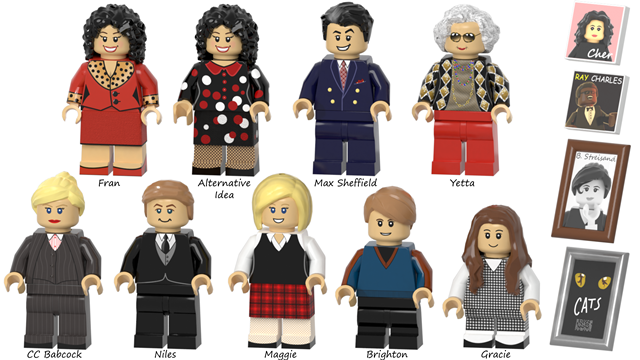 For Fran, there is only one figurine but 2 possible outfits, as it is the very essence of this character to change dresses between each scene. We have selected 2 emblematic dresses: the red one from the series opening, and a black one from the famous Italian designer Moschino.
We have added some decorated pieces featuring guests of the series like Cher, Barbra Streisand or Ray Charles.
The Nanny was broadcasted all over the world under different titles "Une nounou d'enfer", "La Ninera", "la Tata" ... We hope that this project will appeal to as many people as possible and that it will be a great success among LEGO fans but also among fans of the series.