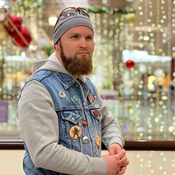 By Archosaurus
0 comments
Update (9-23-2013): Added a diagram of the real flyboard below for reference.

This project is inspired by and dedicated to international watercraft champion Franky Zapata, founder and president of Zapata Racing. Franky started out watercraft racing when he was 17 years old, and his career struggled against large watercraft companies until in 2005 one of them recognized his talent and made him official pilot of their company. Franky's inspiring story of beating the odds is why I'm proposing an official LEGO set dedicated to him.

The FlyBoard by Zapata Racing is a revolutionary technology that attaches specialized bindings to a watercraft via a long tube, that enables the wearer to use the bindings as a jet-propelled "aqua jet pack" of sorts. I thought this concept would make a fun LEGO set, so I whipped up a conceptual model in Lego Digital Designer, and here it is.

Inset of the watercraft, painstakingly designed as true as possible to real watercraft models, and adorned with the signature color scheme of Zapata Racing.

Inset of the FlyBoard itself. It is an extremely rough design, but it gets the point across. Ideally, a new piece would be manufactured for the official set, looking more like the real FlyBoard than can be emulated with already existing pieces. The real thing also has hand stabilizers, which are essentially small tubes that extend to attachments on the wearer's arms, so the wearer can effectively steer their FlyBoard. I didn't include those in this prototypical design because I couldn't figure out an efficient way to incorporate them, but I'll keep messing around with it until hopefully I come up with a solution. 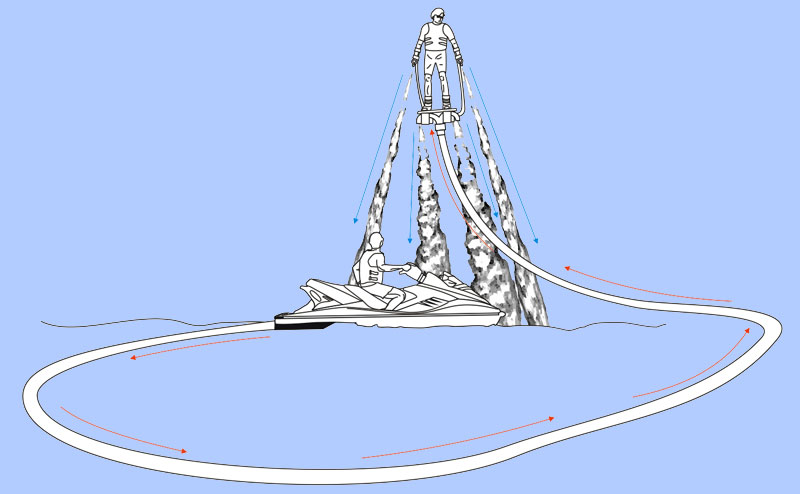 Diagram illustrating how real flyboarding works, and a strong advocate for my design's accuracy to the real thing.