EmYo1999
0
Usually, animals/aliens are veiwed as the "bad guys", and humans are thought of as "goodies" or "heros". This dragon, though, was minding his own buisness, until a thief came, and attempted to steal his tresure, before being chased off, terrified.

I had to make the whole project on lego digital designer, as i do not have the necessary bricks to make the dragon. The flame can be removed from the dragons mouth, and its arms are moveable. Its mouth can open and close, and its tail can be rotated. It does, however, not have eyes. (although these can be added if it is actually manafactured as a product.) 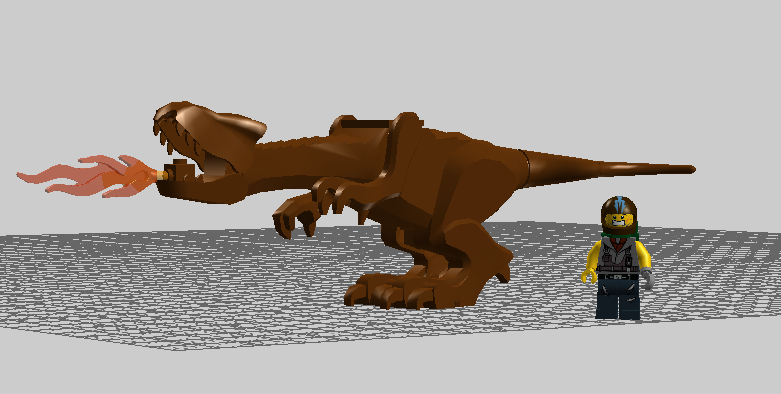