The Hermes (The Martian) 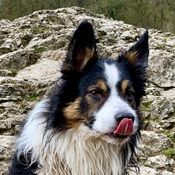 By MLTS18
105 comments
The Martian is an immersive and wonderful film with breathtaking visuals, tense moments and one of my favourite movies ever made, and so to honour a great film and the fans who love it, I would like to introduce the Hermes model project.
I have designed the iconic mothership used to travel around the solar system using a variety of building techniques pieces and colours, I have incorporated its unique and intricate look as well as the variety of colours it displays during its long voyages through space, the orange, white and grey are a classic mix associated with other space journeys and yet the ship still feels unique and different from all the rest.
The various solar panels are removable allowing you to maneuver the Hermes however you want, you can also alter the satellite dishes and also the docking ports.
I have also included a large stand to hold the Hermes as if it was floating in zero gravity, the stand has a smart black outside and then resembles the colour of Mars to really link it in more with the film.
The stand also comes with a micro version of the HAB, Mark's home during the film and also a version of the HAV, the ship that he eventually makes his escape on.
Overall, If you are a fan of the film, movies in general or you have a love for sci-fi, then this set is the one for you, an iconic ship from a brilliant film, a fantastic model to add to your collection.