By Brickmax.
45 comments
My name is Brickmax, and I am the creator of this LEGO set idea. 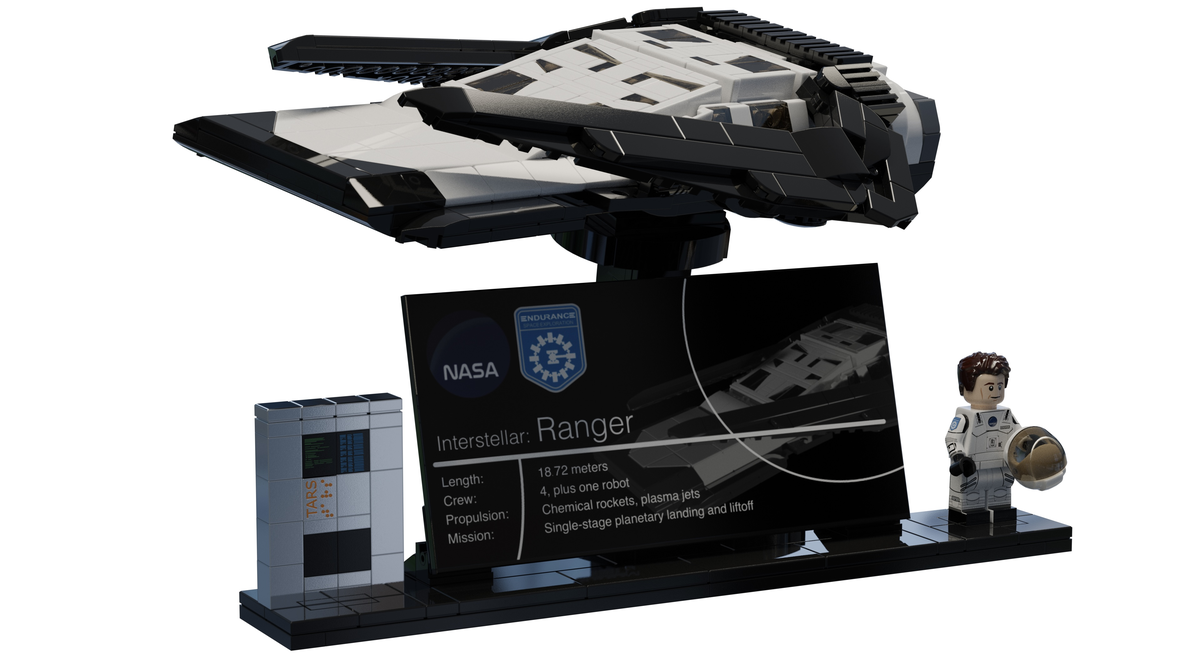 This is my latest creation, the distinctive spaceship from one of my all-time favorite movies « Interstellar » which goes by the name « Ranger ».  Built in the future by NASA, the ship accomplishes the task of transporting astronauts from space to the surface of planets and back again. My model of the Ranger has room for one astronaut and an opening cockpit and retractable landing gear. Besides the ship itself and the stand, my set idea also includes a small service ladder for the astronaut to board the Ranger.
I have decided to build a smaller version of the Ranger, which is with about 600 parts a small but fine model not only for the shelf, but also for discovering new worlds and stories in the infinite of space.
My set idea includes the main character of the film, astronaut Joseph A. Cooper, and the sarcastic robot TARS with his humor level at 100%. 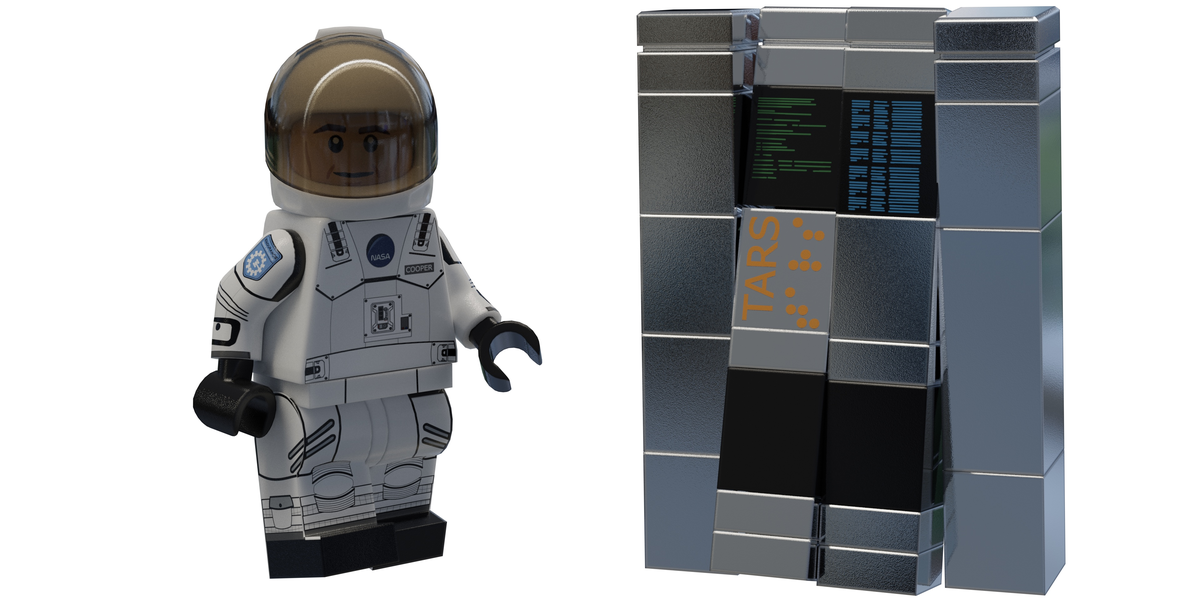 Included in the set idea:
I hope you like my set idea and would be very grateful for your support.