Bionicle - Battle for the Mask of Light 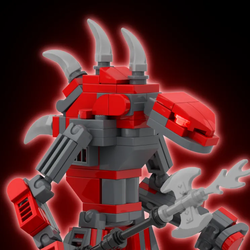 ToaOfPlastic
18
368
days left
Takua and Jaller have found the sacred Mask of Light, now they must set off on a perilous journey to find it's mysterious owner. Legends say that only he can save their island home from darkness.
This set is a Tribute to the Bionicle line and to the first lego movie, Bionicle: Mask of Light.
It contains 4 brick built figures based on the original Bionicle sets (and the CG models from the movie).
I created this because I want to see bionicle get some kind of recognition for it's 20th anniversary, even if it does end up being a bit late. I also made this in the hopes that it would inspire more people to experiment with the concept of brick built bionicle figures.
18
368
days left