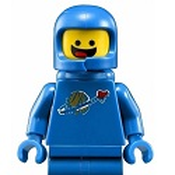 By Ben_Loves_Lego
17 comments
The British Library is the largest library in the world, containing 170–200 million items (and counting!) from many countries, a true hub for research and knowledge. The building, in North London, was officially opened by Queen Elizabeth II on 25 June 1998, and is classified as a Grade I listed building "of exceptional interest" for its architecture and history. It was designed by the architect Colin St John Wilson in collaboration with his wife MJ Long, who came up with the plan that was subsequently developed and built. It was the largest public building constructed in the United Kingdom in the 20th century.
As depicted in this model, facing Euston Road is a large piazza that includes pieces of public art, gardens and a fantastic cafe "The Last Word." This model attempts to capture the iconic irregularity and asymmetry of the library as well as its distinctive, ship-shaped red-brick facade. The baseplate is 30x26 (the same as the recent Trafalgar Square set) and approximately 1000 bricks.