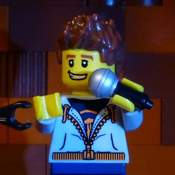 If you are a LEGO fan and use Instagram, no doubt you have heard of Cheep Jokes & LLWorld. Both from Melbourne Australia, these 2 guys have built up a strong LEGO community on Instagram, creating hilarious Stop Motion Animations & Comics.

Cheep Jokes & LLWorld would love your support for LEGO to create an "Artist Series" for LEGO fans who have a fan base Online. These will include a mini-build backdrop and the sigfig of the artist.

The set includes both 'Sigfigs' of Cheep Jokes & LLWorld, along with a mini-build of their famous back drops!

Cheep Jokes is famous for his Stop Motion Animation. All animations are created to give you the feel that the LEGO has just come fresh out the box to be played with! Cheep Jokes is no master-builder, but manages to bring sets to life!

LLWorld is the king of funny! Using your favourite Superheros, LL puts these characters in hilarious everyday situation with clever dialog!

Thank you for your support, and we look forward to sharing our comedy with you!