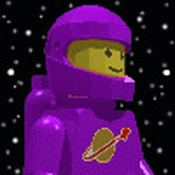 By Parallax
1 comment
Bring back "Classic Space" with this satisfyingly large modular Space base, featuring a small spacecraft and space buggy.

Every piece used here is vintage 1978-1980, except for a few blue wing pieces in the landing platform (dating to 1984). It is understood that more than a few features will have to be upgraded with today's part availability and colors! It is for this reason that, for example, vintage "crater plates" weren't used, but instead rock/crater features were built using slopes and round 2x2 "macaroni" bricks. The trans-yellow 6x8 plates won't likely make a comeback, either, but I suspect if the set were to ever actually be made, Classic Space collectors could easily replace whichever parts they liked to bring back a much-coveted vintage look.

But the way, the whole base is hinged, allowing for lots of different possible layouts. I used around 500 pieces, and you can bet that two blue 1x4 bricks should really feature a "LL-908" imprint! ;o)

For more pictures, and descriptions, please visit this set's page on MOCPages: 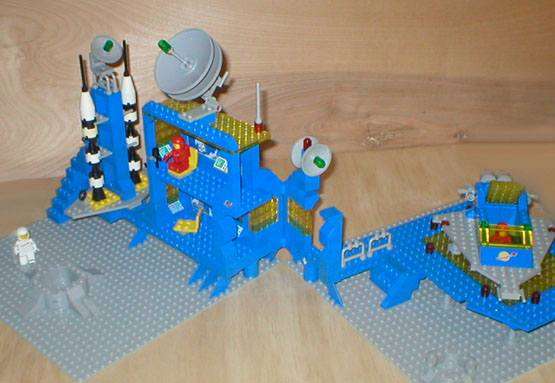 With the hinge at 90 degrees, part of the command base becomes a free-standing radar tower. 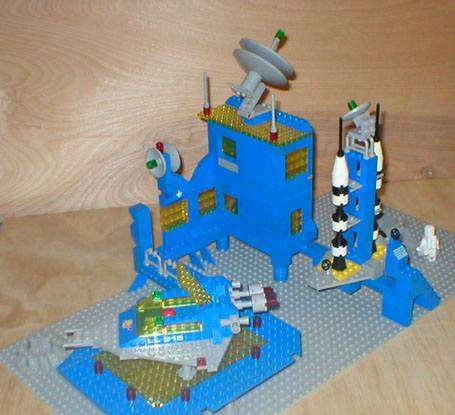 Fully hinged, the landing platform gets positioned behind the command center, offering a whole different "look" for the set.In this image you can more clearly see the positionable twin rocket pad. Those little spacemen really had a thing for launching black-and-white rockets around that yellow moon of theirs! 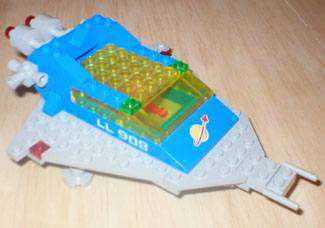 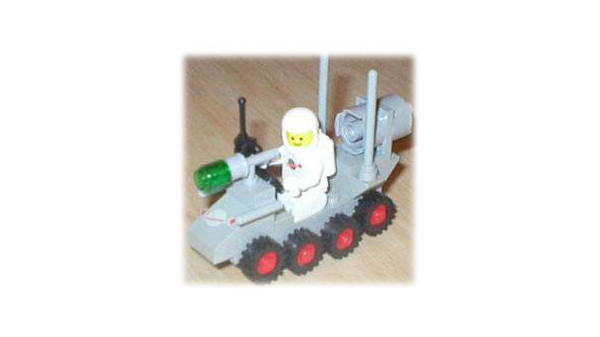 The All-Terrain Space Buggy can climb over any crater!