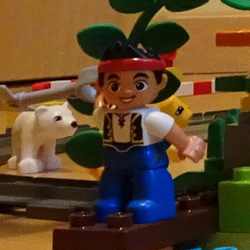 mimi68
98
309
days left
A pretty little shunting locomotive was the basic idea for this model. I selected a locomotive as the model. The CD 704 series is a two-axle diesel-electric locomotive from the Czech Railways CD for shunting. Because of their angular appearance, the locomotives were given the nickname Malé lego "about: Little Lego Brick"
Features:
- Fully operational RC control, integrated battery box, IR receiver.
- On and off switch (can be used without removing the roof).
- Easily removable roof for a better playing experience.
- Minifig size, seats for the train driver.
98
309
days left