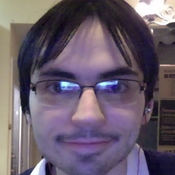 This is The Scavenger. The concept is that it is set in a world where our junk goes after we throw it away. These guys trek across the world in The Scavenger to scavenge and collect junk for food, weapons, clothing, fuel, upgrades to their vehicles, and whatever else they need by grabbing it with its claw arms and placing it into the container on the top. As you can see by the pictures, The Scavenger has an intentionally crude and haphazard design, almost as if the pilots built it themselves with whatever bits of junk they got their hands on. And before anyone asks, the head on the top of The Scavenger is an old animatronic head.

I can see this as a LEGO set primarily because it inspires creativity in a different way by using certain pieces in an unconventional way.