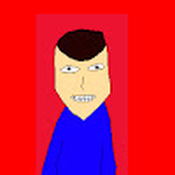 By DashinBashin
7 comments
"Welcome to...The Owl House" - Eda (A Lying Witch and a Warden)
These were the words first spoken to Luz Noceda as she stepped foot into The Owl House. And now, you could experience that very same magic in this Lego set.
About the IP
Disney's The Owl House is a new smash-hit animated series. It follows Luz as she learns to become a witch under the Owl Lady, Eda and her (somewhat) faithful companion, King. She meets many new friends (and enemies) as she does her very best to learn magic...
About the Project
This project suggests a set of the Living Room in the titular Owl House. This set would come with five minifigs (Luz, Eda, Amity, Willow and Gus), a King, Hooty, and Owlbert brick equivalent, and a bunch of little knickknacks from throughout the first season, such as all four currently known Glyphs, an Azura book, and Luz' banned poster.
This project also attempts to faithfully recreate main room of the building. A lot of details have been packed into such a small model. With the amount of goodies, Fans could spend hours recreating many iconic moments
Why this should become a set?
The Owl House, while it was a decently well-known series, blew up after the episode "Enchanting Grom Fight" aired. It was also confirmed that Luz is the first Disney Bisexual Lead. This series has the fans to certainly make it popular. Not only that, it's a reasonably priced set. I built this model at somewhere under 300 bricks, and while it could go bigger, it makes it the perfect small set. With all the characters and bonuses included, there is so much replay value from recreating iconic moments, to creating your own scenarios involving the characters. This could also work wonders as just a model, something to place on your wall.
Thank you witches of the Boiling Isles. I'll hope you'll help bring this model to life!