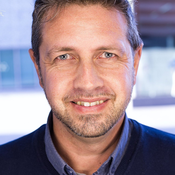 By enrige
50 comments
Why I Built It:
My first LEGO was the 483 Alpha-1 Rocket Base set and I have loved LEGO space ever since.
The Space Exploration Vehicle represents for me a bridge between the past of Classic Space and the new modern look of “Neo Classic Space,” but it is also my first MOC.
Model Information:
The “Space Exploration Vehicle” is a mash-up of my beloved “Alpha-1 Rocket Base” and the “ALL-TERRAIN VEHICLE”.
It consists of a Space Base for planetary exploration and a rover equipped to go on any terrain.
As with “ALL-TERRAIN VEHICLE,” the Space Base can disengage from the rover and remain for a long time in an isolated area in order to do research. Inside are: research instrumentation, a helmet calibrator-loader and oxygen tanks, equipment for repairing the base and a relaxation area.
The Space Base can slide onto the back of the rover and be lifted and lowered for easy docking or released from the vehicle.
The rover’s cockpit consists of two pilot stations, and in the middle immediately behind the seats there is the computerised control centre to manage operations between the rover and the Space Base.
The rover has a large walkable surface and a compartment to store energy drums.
The vehicle has undergone the stud.io software stability test (stability issue = 0). The purpose is to maximize the vehicle’s playability.
The measurements are:
Total Parts:
The total weight of the model is about 1310 grams.
The Minifigures: The set includes 4 minifigures. 2 are the pilots of the rover and 2 are the researchers inside the space base. I thought of putting Benny (blue minifigure) in charge of the expedition to get out of the usual classic patterns. The other pilot is a red minifigure. Inside the space base, the two researchers are “red” (man) and “white” (woman) who are without helmets and with hairstyles.
Why I Made It:
The LEGO Space series has left behind a large number of AFOLs who would often like to enthuse their children, but there is a lack of new modern sets in the Neo Classic Space “style”. This model, which takes a cue from several old sets and proposes a new one, can be a great starting point to get adults and children excited, but more importantly to get them playing with the wonderful LEGO space sets again.