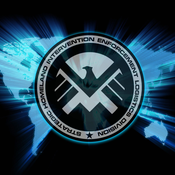 The Juno spacecraft launched aboard an Atlas V-551 rocket from Cape Canaveral, Fla., on Aug. 5, 2011. After an almost five-year journey to the solar system’s largest planet, NASA's Juno spacecraft successfully entered Jupiter’s orbit during a 35-minute engine burn. Confirmation that the burn had completed was received on Earth at 8:53 p.m. PDT (11:53 p.m. EDT) Monday, July 4. 2016.

The spacecraft will orbit Jupiter 32 times, skimming to within 3,100 miles (5,000 kilometers) above the planet's cloud tops, for approximately one year.

Juno, will help us investigate the unknowns of Jupiter’s massive radiation belts, assess the planet’s interior, and possible how Jupiter was born and how our entire solar system evolved.

In honor of this historic space event I built a replica of Juno. It is made of 4x4 plates for the solar panels; with 1x2 grille plates. Also, the body of the spacecraft is built with 4x4 plates, 1x1 bricks with  knobs, and a disk in the center of the body. The top of the spacecraft has a 4x4 round w/hole, a 2x4 round plate w/snap, clear parabolic, bushings, and #5 axle. The stand is made with a 2m axle attached to a #3 angle connecter, 2x2 round bricks, 6x8 plate plates.